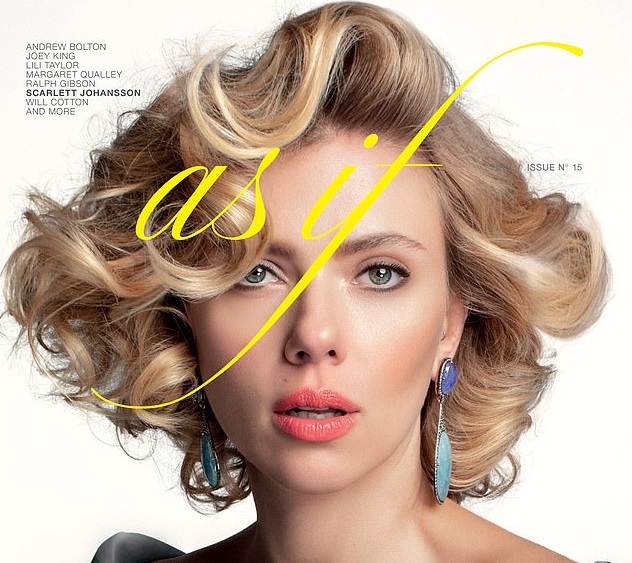 White people are exhausting. Celebrities can get really exhausting. An intersection of the two? LordT.

The latest white celeb to make my soul feel like floating up to heaven is Scarlett Johansson, perhaps the most popular Asian actress there is next to Emma Stone (/sarcasm). Johansson being irritating is not new, but her continuous refusal to listen and learn from valid criticism lobbed at her is simply astounding. I guess an A-list celebrity status (deserved or not) doesn’t immediately make anyone willing to take on even the most basic of PR training.

Because here we are in 2019, and Johansson is blaming “political correctness” for limiting her artistry. And even after she had rightfully gotten backlash for the shit she has spewed, she doubled down on her totally wrong opinion by using so many words.

To recap: A few days ago, an As If magazine interview with the actress revealed her thoughts on politically correct casting. Specifically, she told interviewer David Salle, “You know, as an actor I should be allowed to play any person, or any tree, or any animal because that is my job and the requirements of my job.

“I feel like [political correctness] is a trend in my business and it needs to happen for various social reasons, yet there are times it does get uncomfortable when it affects the art because I feel art should be free of restrictions.

“I think society would be more connected if we just allowed others to have their own feelings and not expect everyone to feel the way we do.”

If you remember, Johansson has been on the receiving end of criticism regarding playing roles she had no business playing. First was when she was cast as Major Mira Killian in Ghost in the Shell, a 2017 movie that was based on a popular manga series of the same title. Granted, she had played a cyborg supersoldier there, not a character based on a real person, but the literary source of the film was definitely based on Japanese culture. More importantly, that creative decision to cast her indicated that everyone involved in the production of the movie views a futuristic dystopic world of part-humans and part-robots as still primarily white. (Here’s an insightful interview by The Hollywood Reporter with four Japanese-American actresses regarding Ghost in the Shell‘s white-washing.)

Her second casting controversy happened last year, when Johansson was announced to play the role of Jean Marie Gill, a real-life transgender man and massage parlor owner, in the drama Rub & Tug. Following the understandably negative response to the news, Johansson, via her reps, responded to Bustle with this garbage: “Tell them that they can be directed to Jeffrey Tambor, Jared Leto, and Felicity Huffman’s reps for comment.”

Yikes. The caucasity. (She has since pulled out from the project after people had piled more shit on her.)

I mean, sure, all those actors she mentioned deserve to be questioned about taking on LGBTQ+ roles they had no business playing, but trying to deflect other people’s attention from the fuckery she was doing by crying, “But what about them?!” will never make her less culpable for what she did.

Back to the As If interview: Johansson’s latest statement left a nasty taste in everyone’s mouths, and to address the backlash, she has released another statement clarifying her previous one:

“An interview that was recently published has been edited for click bait and is widely taken out of context. The question I was answering in my conversation with the contemporary artist, David Salle, was about the confrontation between political correctness and art. I personally feel that, in an ideal world, any actor should be able to play anybody and Art, in all forms, should be immune to political correctness. That is the point I was making, albeit didn’t come across that way. I recognize that in reality, there is a widespread discrepancy amongst my industry that favours Caucasian, cis gendered actors and that not every actor has been given the same opportunities that I have been privileged to. I continue to support, and always have, diversity in every industry and will continue to fight for projects where everyone is included.”

Another condensed version would be: “I recognize the problem that Caucasian cis gendered actors have always been given more opportunities and there should be more diversity in the industry, but I should be exempt from that discussion.”

There is always a tell whenever an actor gets called out for saying something regarding playing a character whose ethnicity, culture, and gender/sexual identity is different from theirs: “I’m an actor; I don’t see white, black, purple, green.” They always have to add some whack element to their justification. Like, what race do the colors green or purple embody?

Johanssen put her own spin to this tepid take: “As an actor I should be allowed to play any person, or any tree, or any animal.” There’s a degree of false equivalency going on with that statement, mainly that any character or role that’s not a white woman is pretty much equivalent to that of a tree or an animal.

It’s such a self-centered world view that Johansson obviously permanently inhabits, given that this is her nth time in the rodeo and going on a wash-lather-rinse-repeat cycle of saying something wildly stupid, sticking by it by saying another equally wildly stupid thing, and then maybe issuing a final, PR-scoured statement to clarify what she had intended to say in the first place. She’s exhausting. And her magazine cover with “as if” scrawled across her face couldn’t be more fitting.

Header image from As If. GIFS via Giphy.

This week’s agenda: Floating with the energy of the full moon lunar eclipse

Can’t wait to see ‘Army of the Dead’? Catch this 15-minute preview

We’re Obsessing Over: All the emotions Queer Eye season 3 has made us feel

Thanks to Carly Rae Jepsen, the search for great pre-summer bops is now over

This week’s agenda: Ideas on how to spend the week ahead