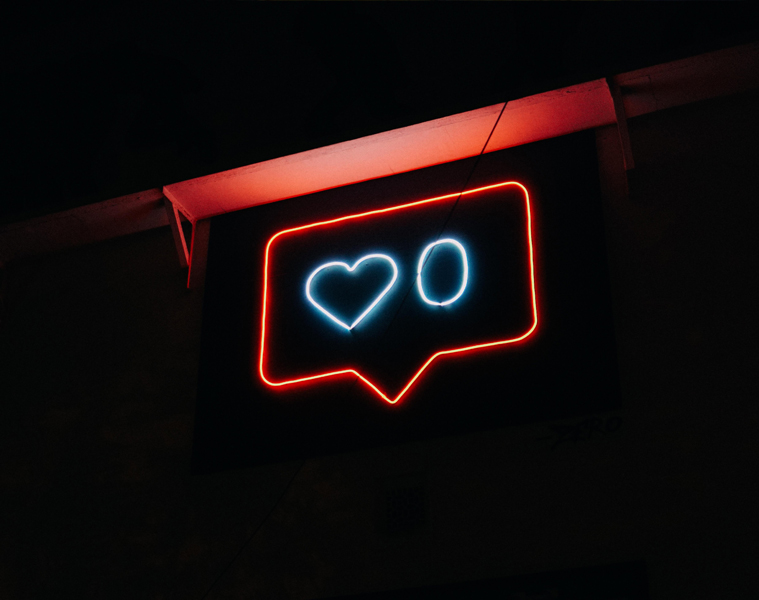 Could these new pair of pants be the secret for you to get through a packed day?

Everybody gets affected by the number of likes their social media posts get—everybody. Each of us just has a different way of interpreting their significance, and then deciding whether to internalize that interpretation or shrug it off.

That, however, doesn’t stop vultures from capitalizing on the idea that the number of likes one gets is an indicator of their popularity, relevance, or influence.

Given the fucked up algorithm of both Facebook and Instagram, which has users seeing more and more posts from advertisers instead of those from accounts they had willingly subscribed to, we should already be aware that social media is no longer organic. Nothing is really viral or spontaneous anymore, with bigger brands encroaching a space that used to be powered by user content.

Still, that knowledge doesn’t keep us immune from feeling some type of way whenever our posts get a less than enthusiastic reception. Even those with healthy self-esteem can be affected by the perception that not a lot of people care about what they’ve shared about themselves or their lives—especially since everybody else could see that. The initial fun of self-expression that social media offers has long been replaced by a thirst for attention and validation that any kind of popularity contest fosters, and it has made posting less spontaneous and more calculated, more geared towards crafting and curating an online persona/brand.

Social media networks have everything to gain by continuing to prey on our egos, so news of Instagram developing a prototype that hides the number of likes that a post garners has me skeptical. “Instagram gives a shit?” The platform that takes offense at the sight of women’s nipples but also serves as the nursery for many a scam, such as Fyre Fest, and Instagram influencers Aggie Lal’s botched “master class”andCaroline Calloway’s cancelled “Creativity Workshop” tour? “Really?!”

Reverse-engineering expert Jane Manchun Wong was the first to spot Instagram’s design change test in the app’s Android code, and she took screen shots of the tweaks she had observed:

as stated in the app: "We want your followers to focus on what you share, not how many likes your posts get" pic.twitter.com/MN7woHowVN

In addition, Instagram developers offered a short note to users to explain the small but significant change: “We want your followers to focus on what you share, not how many likes your posts get. During this test, only the person who shares a post will see the total number of likes it gets.”

TechCrunch’s Josh Constine reached out to Instagram to confirm whether the social network will be rolling out the new prototype any time soon, and a spokesperson told them, “We’re not testing this at the moment, but exploring ways to reduce pressure on Instagram is something we’re always thinking about.” The website also reminds readers that the app’s Stories feature was originally intended to reduce the pressure of amassing likes for every post, as Instagram co-founder Kevin Systrom admitted in 2016.

That’s all well and good, but even if this design change gets officially introduced, there is still Instagram’s fucked up algorithm to contend with: We still won’t see posts from the accounts we follow in chronological order, because their ranking in our feeds would still depend on the number of likes they get. A user’s follower count will also remain visible to the public, which is yet another factor in an online popularity contest—and one that is not at all immune from manipulation, either.

Hiding the number of likes could help assuage the narcissistic spiral and self-esteem issues that social media has particularly wreaked upon the population, but I fear that the system is already too corrupted to reverse the damage significantly, and the general populace is too damaged already to lift itself up and out of that spiral. As it is, more and more people are traveling just to take photos for the ‘Gram to the point of even dying for it. Even when there’s no direct monetary compensation for presenting glossily filtered images of one’s life, non-celebrities are stunting for pics and crafting long-winded captions that are meant to show—what, that they have a fabulous life? It isn’t uncommon for users to take down posts that have earned just a few paltry likes. And let’s not even get into the fact that despite having millions of unique users, the images of beauty and aspirational lifestyle that this platform generates remain homogeneous.

Maybe if Instagram returns to being a platform meant solely for user-generated content, with no advertisers and sponsored posts allowed (or at least have both be severely restricted), we wouldn’t feel so compelled to chase after online attention anymore. It won’t totally erase that all too human trait of needing validation, but once cash is taken out of the equation, at least brands and advertisers would have less avenues for monetizing our insecurities.

But who am I kidding? I can already hear Instagram doubling over with laughter at that idea.

Could these new pair of pants be the secret for you to get through a packed day?

‘We are no longer a photo-sharing app’: Head of Instagram tells of platform’s future