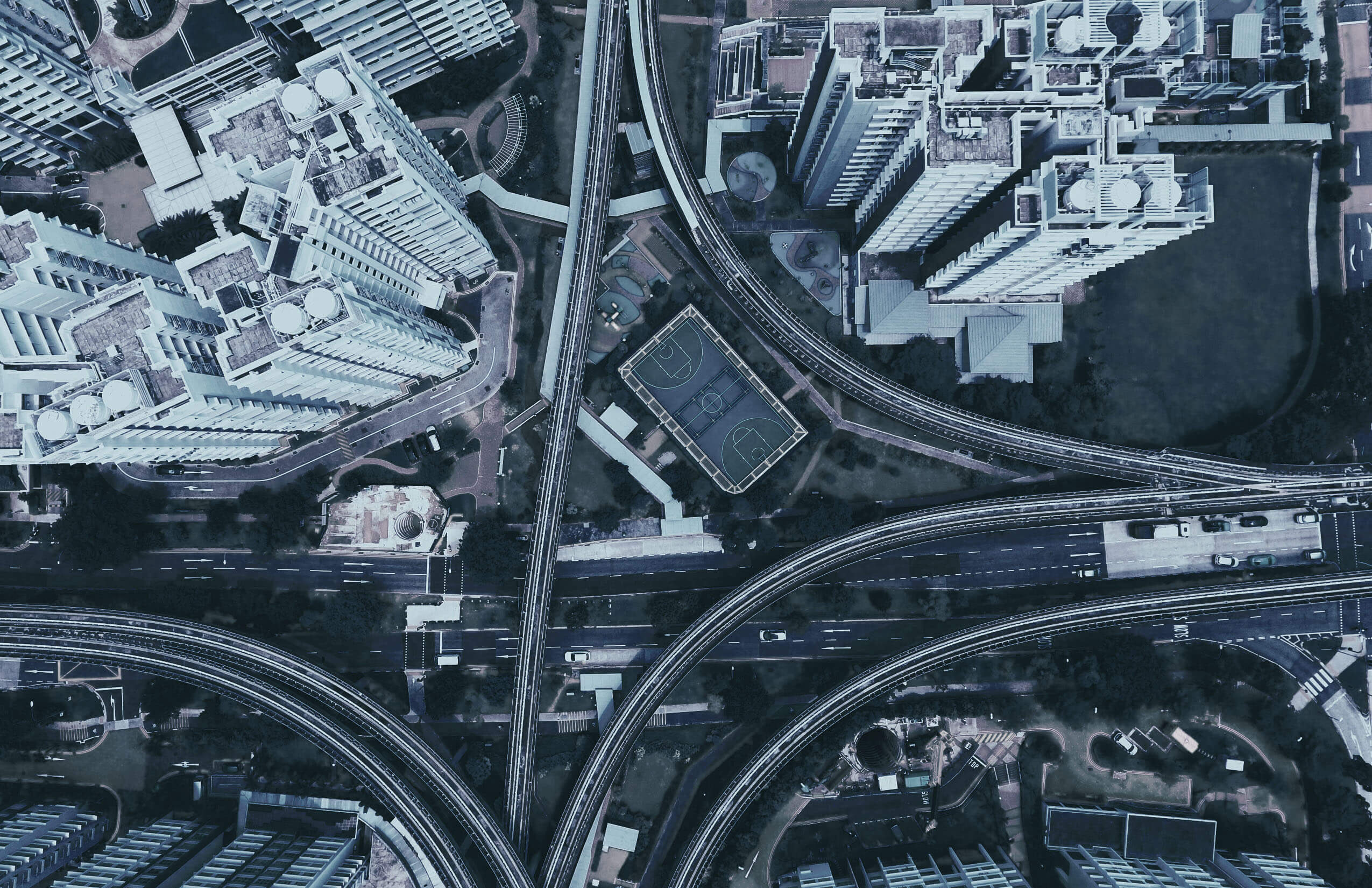 Imagine living in a city where sensors monitor traffic and weather conditions to inform you in a timely manner which routes to avoid and whether you’d need to bundle up or dress lighter for the day ahead. Imagine as well being able to consult your doctor or attending a yoga class without having to leave the house, as a two-way video screen allows you to do both in the comfort of home.

It may sound like a scenario from a city of the future, but it’s the reality in Songdo. The South Korean city was conceived from the start to be a center of technology and invention, where both are maximized to enhance every aspect of the residents’ daily lives, from employment opportunities to lifestyle services and daily conveniences.

Songdo is one of the most popular Smart Cities in the world for obvious reasons, but it’s far from being the only one. But lest we start looking for similar, progressively futuristic zip codes to migrate to, a Smart City doesn’t always mean it’s highly technologically advanced. “Technology is part of the ‘secret sauce,’ but cultural preservation is also important when it comes to creating a successful Smart City,” says the Singapore-based eco-architect Jason Pomeroy. He has explored different kinds of Smart Cities all over the world, a number of them surprising given the idea that places such as Songdu and the city state of Singapore have given us about what a Smart City should be, which is clean, orderly, and urban.

“Culture, along with tradition and heritage, help foster a sense of community, identity, and belonging among groups of people,” he continues in his exclusive interview with Garage. “Modern technology can be incredibly beneficial, but it generally ignores culture—an iPhone is the same the world over—so cultural preservation is key.”

As much as technology is a sign of progress, progress doesn’t happen in a vacuum but is rather built on the groundwork laid down by history. “Without [knowledge of our roots], we lose an important part of who we are or we would not see a progress in our development and quality of life, neither of which are desirable. A city’s value goes beyond simply allowing businessmen to get to work on time, or having a seamless shopping experience.”

If we apply these concepts to Manila, how would we fare?

Cultural preservation: there are still pockets around the city where old homes and structures are maintained, and there is renewed interest in the revival of some of Old Manila’s treasures. B-.

Our collective grade looks bleak, but Manila isn’t completely hopeless, especially with these five most unexpected Smart Cities from all over the world showing us the way.

Bandung, Indonesia
This city still suffers from the usual urban issues that also plague Manila: overcrowding, pollution, traffic congestion. Yet Bandung has been deemed a Smart City because of its use of social media and smart apps in fostering a wider discussion among citizens about possible solutions to their urban issues—again, something that Manila can give a fair fight on, with our own Metro Manila Development Authority opening up dialogue online with the metropolitan’s commuters as a form of collective problem-solving. “Planners need to think about why they are incorporating new technologies, and what the end result will be. Will these new technologies actually improve the lives of the citizens?” Pomeroy posits.

Shenzhen, China
Pomeroy cites Shenzhen, China as another example of the result of a citizen-driven movement. Home to Hua Wei, DJI, and Wechat, Shenzhen has gained the reputation of being the “factory floor of the world.” Yet despite the connotations of the word “factory,” “the entrepreneurial spirit fostered here is infectious,” Pomeroy says. “Everyone migrates to this living laboratory to test new innovations and ides. Even if the ideas become global successes, it does not depend on the city becoming influenced or embracing such ideas to make the place more liveable.”

Higashimatsushima, Japan
Sometimes, a Smart City can rise out of total destruction. After Higashimatsushima got devastated by an earthquake then a tsunami in 2011, 65 percent of the city was underwater, leaving 1,100 people dead and approximately 10,000 residents homeless. “Parts of the city went without power for a further three months, exacerbating an already devastating situation,” Pomeroy says. “From then on, the city’s governors vowed to never be as reliant on the national grid again and to create a resilient and self -sustainable society for the remaining 40,000 residents.” They developed the 2022 Net Zero Energy City plan, which aims to supply the entire city with locally produced energy from solar power sites that have been built on high ground. “The first micro-grid community, called Higashimatsushima Disaster-Prepared, Smart Eco-Town, provides back-up power for itself and the surrounding community. The city’s entire grid infrastructure is smarter, leaner, and more efficient, helping the city along its transition into a zero-carbon, Smart City.” With Manila similarly prone to typhoons and with two fault lines running through it, he advises that we take a page from Higashimatsushima as a measure for disaster preparedness.

Ahmedabad, India
With its incredible rate of growth and urbanization, India’s urban capitals need to get smarter for the country to reach the status of a developed nation. One of these cities is Ahmedabad, which has a goal to develop 700 ha. of land, including its 8,000 slum dwellings. Under its proposed Economically Weaker Section (EWS) housing scheme, the slum areas on both sides of Ahmedabad’s Bus Rapid Transit System (BRTS) and on the western bank of the Sabarmati river will be replaced with affordable homes, with a 60 ha. park to be developed nearby. In October, the city received the first installment of its funding for the Smart City project.

Amsterdam, The Netherlands
With water making up 50 percent of the city, Amsterdam has come to rely on smart and strategic water management, using autonomous boats, establishing floating communities, and even recycling rainwater for use in beer production, says Pomeroy. With a high level of civic consciousness among the Dutch, helped by a liberal government, a mobilized private sector, and an active academic community, Amsterdam has also found ways to leverage data analytics and “translate” this data into actionable information to manage the incredible complexity that being a leading global city and trade hub brings.

Here’s how to network with people in style

The common thread running through these Smart Cities is how innovation was born from necessity. “Every single one became ‘smart’ because there was a greater goal that it was gunning for, or an issue that had to be dealt with in a clever, innovative way,” Pomeroy explains. With world population projected to swell to 9.7 billion by 2050, Smart Cities that can provide not just adequate housing but also sustainable means of employment and lifestyle measures may be the necessary way for the future.

Pomeroy notes, though, that a Smart City becomes successful if its development is an organic movement. “It will only be accepted by its inhabitants if it is formed from the bottom-up, with solutions not imposed upon them from the elites. There are examples of Smart Cities that have been built out of nowhere, filled with sensors, monitors, gadgets and other technologies, but have failed to deliver.”

“Technology is part of the ‘secret sauce,’ but cultural preservation is also important when it comes to creating a successful Smart City.”

Indeed, it all boils down to a city’s culture and heritage, and how the preservation of both is crucial in determining the way forward. “It’s important to understand that [a place’s] heritage buildings, habits, customs, and traditions of their forefathers have evolved over hundreds, if not thousands of years for very good social, economic, or environmental reasons. Define yourself by your culture and traditions, and the city will naturally get smarter.

“Remember: it’s okay for cities to be a bit chaotic and unplanned; Smart Cities do not have to be ruthlessly clean, soulless concrete jungles,” Pomeroy concludes. “The best cities in the world are cultural melting pots, where citizens from all around the globe rub up alongside each other. Working with this reality in mind, planners should seek to make life safer and easier, without losing that element of excitement that these cities bring.”

ICYMI (’cause we sure did): The makers of PalmPilot joins the smartphone market