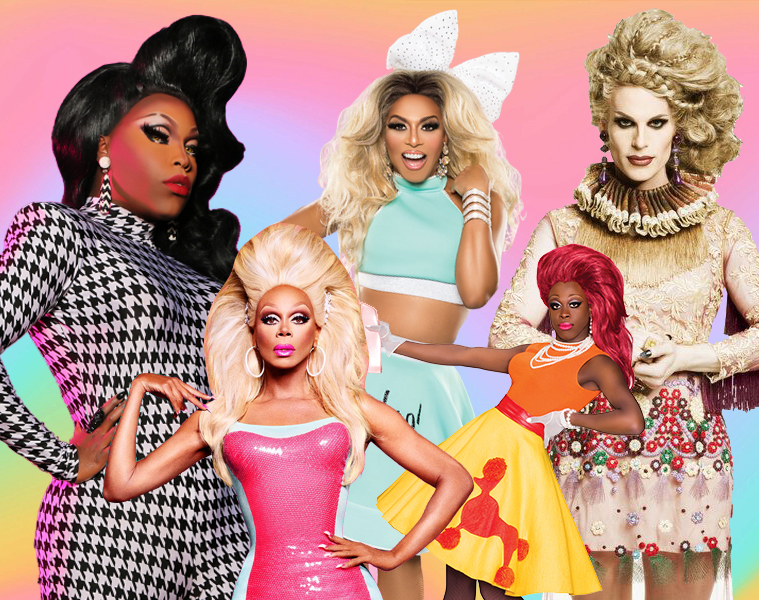 RuPaul’s Drag Race season 11 will hold its grand finale this week, and I almost can’t believe it’ll be over soon. Is it just me or does it feel as if this season had been on for fifty ‘leven years? As sad as I am that I wouldn’t be getting my weekly Drag Race fix for a while, I’m also ready for season 11 to be done. (And in case anyone is wondering, I’m rooting for Yvie, because as loud and combative as she can get, she’s neither a shit-stirrer nor a blowhard nor a sociopath.)

Now I’m not into beauty pageants at all. At the very least, they bore me, but the worst thing about them is how they continue to perpetuate nearly impossible standards for women to live up to. While there is a beauty pageant for every “kind” of women out there—from plus-sized to the more mature ones—the bottom line is that these dog and pony shows judge women on their appearance and likability, within a very limited set of criteria. Competence and a contender’s life’s work are secondary considerations, if at all, because otherwise, they wouldn’t have been called beauty pageants.

So it’s kind of funny to me how much into Drag Race I am. While the show was initially intended to be a Project Runway x America’s Next Top Model spoof, it isn’t so far removed from how a beauty pageant operates, especially with the show’s last five seasons. The competition is definitely merit-based, but at the end of the day, drag queens are still judged on their appearances. That is what drag is built on after all: The campy and exaggerated impersonation of women by queer men.

So why do I find Drag Race more compelling, even more empowering than beauty pageants? Why do I subscribe to a show where, given the different types of drag that get showcased, being called a “fish” is still held as some kind of esteemed accomplishment, especially since drag’s concept of fish subscribe to the kind of beauty pageant beauty I feel disconnected and even alienated from?

For those who may not know, a drag queen is called a fish when they are able to transform into a natural-looking woman, often with a slim physique to match. The term was initially used as a derogatory way to refer to biological women, based on the misogynistic description of the vagina as smelling of fish.

The easiest answer I could give is that drag doesn’t take itself seriously. Obviously, it’s a culture and a community built on subverting gender norms, and an excessive sense of self-importance would never work within it. Humor is definitely the biggest factor in my enjoyment of the show, from how the queens read and shade each other to how they don’t spare themselves from being the punchline of their own jokes, and definitely in the physical comedy that is innately part of any performance, whether it’s on Snatch Game or in a Rusical.

But Drag Race’s appeal to me as a woman is much more layered and complex than that. Former Drag Race judge Merle Ginsburg summed up my own wonder over the show’s hold on me: ” What I really wasn’t prepared for was how it would really affect my idea of femininity. I came away from the show thinking, what really is femininity?”

I’ve come to believe that gender is a social construct: That femininity, softness, vulnerability, emotional openness, and pink aren’t exclusive to women, and that masculinity, strength, aggression, ambition, and blue aren’t exclusive to men. Having queer men willingly and joyously take on some of the attributes that have long been forced on women is a commentary on gender that can be boiled down to one statement—”Fuck that bullshit!”—and I feel in on the joke, especially with how drag queens exaggerate these attributes to the point where they’re nearly unrecognizable. On that level, it is an art form.

It’s quite mainstream now, thanks to RuPaul and her 10-year-old show, but the cross-dressing element in drag culture had its earliest beginnings in ancient ceremonies of indigenous cultures and theater. “Women played no active part in the services and the offices of the church, so the original acting was done exclusively by men, choirboys assisting the clerks and playing women’s roles when required,” Roger Baker wrote in Drag: A History of Female Impersonation in the Performing Arts. “If [a male actor] had a suitable face and a slim body, then his first assignments would be in female roles. Rarely does Shakespeare, or the other dramatists of the period, introduce more than three women in any one play…Smaller female roles would be doubled by by youths playing messengers, spear carriers, and all-purpose nobles.”

Drag was essentially borne from the erasure of women from public performance spaces, but it became inextricably linked to the gay community only in the ’30s, when the idea of the existence of the “third sex” made its way from the sexology field to mainstream conversations. Drag historian, videographer, and professor Joe E. Jeffreys explained to PopSugar, “Drag queens are not only males who dress and perform as female but also have some connection to a gay scene. Until gay bars emerged, either clandestinely or legally, the drag queen was bounded by private parties, and even then police raids were possible.” Drag, then, was no longer about the non-inclusion of women in public spaces, but became the underground culture of queer folks who come together in small, fringe spaces where they could do performances and be safe.

Here’s where to get the best farm-to-table experience

That’s not to say that drag culture doesn’t have its share of misogyny, though. See: “fish,” and the gendered slurs that a lot of queens throw around so freely. (The fact that Drag Race has built a multi-million dollar industry also makes me feel uncomfortable, because whenever a huge amount of money is involved, you know there are plenty of ordinary people getting shafted by a few rich vultures, most of whom are probably straight, white, old men.) And while the “positive” feminine attributes get parodied in drag, the negative stereotypes often get exaggerated too.

I’m not above admitting that I enjoy seeing some petty behavior from Drag Race, but I wonder if all the (producer-manipulated) conflama that make it on tape are not just for the sake of ratings but also because of this collective belief that all women are catty bitches on the inside, and it’s only a matter of time before the makeup and the outfits cease disguising that. I mean, the alleged physical altercation between Mimi Imfurst and Shangela during season three sounded like a real ratings booster, and yet no queen would come out and speak clearly about it even eight years later. Aside from legal implications, maybe the fight felt “too real” to be confined within the usually loud but non-contact drama on Drag Race and its femininity-based spectacle?

I do question myself if I’m being a hypocrite in my celebration of queer men presenting their vision of femininity, while I remain indifferent toward female beauty pageant contestants who carry the same burden of gendered norms that I do every single day. But there is just something so relatable to how transparent drag is about the lengthy, painstaking (literally), and expensive transformation toward becoming a queen. Whereas female beauty queens are presented as polished and fully realized individuals every time they make a public appearance, the view that Drag Race gives me into the drag queens’ transformation process makes me feel seen in my daily struggle as a woman to make myself look presentable every damn morning, to look as if I had at least tried (even when it’s the last thing I wanted to do). I don’t find the same kind of authenticity in beauty pageants, much like I rarely find humor in them.

Compared to spending time tracking the lives and pageant activities of these aspirational women, who come to the stage proving how amazing the lottery game of genetics turn out for some people, I prefer to keep up with the shenanigans of a group of queer folks who grew up being told and made to feel they’re lesser because of who they are, and are now telling society to fuck itself with its outdated and oppressive ideas about gender. In the choice of whose life story I’d rather dive into, between any Ms. Universe crown-holder’s and Ms. Katya Zamolodchikova’s, cysts, there’s no contest.

Reebok x Looney Tunes: here’s how to preorder a pair on May 25