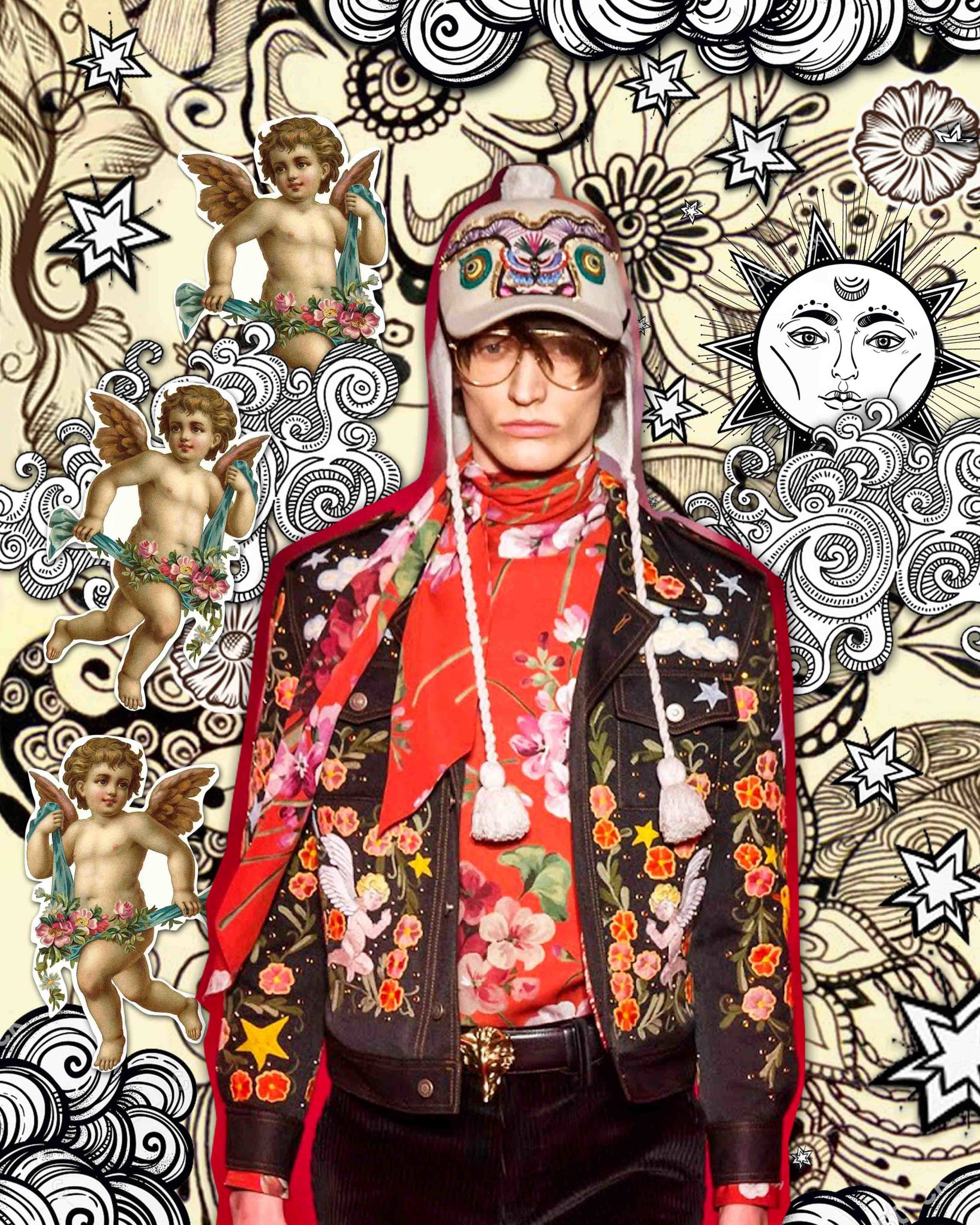 When things feel bleak, it could feel as if reason and logic had failed us. Analysis is no longer reliable; it doesn’t seem to lead us any closer to the answers we need, only to migraine. How else do we explain the political power and public platform that we’ve handed over to murderous, vindictive clowns and yammering human hemorrhoids whose behaviors, had we been the ones displaying them, would be—should be—immediately condemned?

Actually, how else to explain the passive permission that humanity has displayed throughout history toward appalling behaviors and philosophies? But especially in a time when technology has made information and multiple perspectives more readily available to those who wish to learn and understand, it really feels as if a world we had believed was rational morphed into a terrifying (un)funhouse of mirrors, with no exit door in sight.

This is the dark flipside of Chaos Magic. Chaos Magic is like The Secret but on steroids, as explained by the weird but compelling August 2015 report of the trend forecasting group K-HOLE, the one responsible for spotting and analyzing the rise of Normcore in 2013 and coming up with its pop culture nomenclature.

“When K-HOLE convened in 2012…things were a little bit different. We believe we could get to the bottom of things by thinking. That we could get to the truth,” their Report on Doubt began. “Since then, two things have become clear. One was that the storms we predicted never came….The second was that the truth was not enough…it couldn’t explain Normcore and it couldn’t keep our friendships intact. We needed something stronger. We needed magic.” (Emphasis mine.)

Chaos Magic is the realm of feeling, of beliefs that you choose to believe are the dictates of your gut. And the intensity of this belief could be powerful enough to instigate change. “Chaos Magic isn’t just believing in The Secret, it’s deciding to believe in The Secret to begin with,” K-HOLE posited—even when The Secret (or astrology or religion or the Kardashians or whatever belief system you’ve glommed onto) requires a leap of non-logical trust because it cannot be fully parsed and explained.

It’s understandable how distrust against logic grew. The Age of Reason came and went, and the world was still basically in the same shit hole as before. The Age of Information isn’t much different, either. Sure, there’s plenty of information to go around, but how could we have known that information isn’t the same as understanding, wisdom, and commensurate action? To quote K-HOLE, “[W]e woke up one day and Antarctica was warmer than New York.” Weren’t we supposed to know enough how to keep this and other storms at bay?

In the face of the failures of analyzing and overthinking, magical thinking—or “mysticore,” as Salon.com called it in “’Mysticore’ is the new norm”— becomes an attractive substitute. By some grace, we’re still here—in a generally shitty situation, sure, but the sun continuing to rise every morning has to mean something, right? And if only enough of us believed in this saving grace, then things won’t be so bad. Belief could only make it become even more real.

Conversely, if we try to capture and study this ambiguity, we could end up ruining it.

Chaos Magic could be a positive force with its placebo effect: a form of self-determination through self-validation (but not much self-analysis), a radical form of DIY. “I feel, therefore I am.” And “metaphysical sundry,” as Salon.com described it, highly appeals to this emotional individualism because of how they purport to nourish the inner self: “[T]hink ritual candles, blended oils, sacred herbs.” This explains the rise in popularity of mindful living, the enthusiasm of business owners to slap “all-natural” labels on their products, the weekly full-attendance Yoga in the Park, the liberal but sincere use of #blessed (well, until it became ironic).

Perhaps the most monolithic exemplifications of scientific analysis, pharmaceutical companies have now become the enemy, with reason (no pun intended). And the best way to combat them, it seems, is through intensely positive thinking and living. Zen, green, organic, crystals, mandala—but only from the consumer side; looking too deep into them reeks of rationality.

The mysticore trend has also long been on display among a number of celebrities whose public personas are steeped with their individualistic lifestyles: Gwyneth Paltrow and her constant tinkering with the vagina, Shailene Woodley and her clay-eating granola-living lifestyle, Katy Perry’s crystals. Count on them, naturally, to monetize this one way or another. Yet there’s also something touchingly humble in believing in a larger, inexplicable, invisible force at work and in aligning one’s life with it, in having faith in the endless possibilities that could happen only if we let this force be.

Yet there’s also harm in drinking too much and too strong of a Kool-Aid. K-HOLE again: “Chaos Magic creates realities, which are temporary and subjective…[it] is about implanting ideas into your own [brain.]” Much like branding, they add, this self-inception of ideas needs a sigil (logo) and a mantra (slogan), then it needs you to forget both until you reach “the moment of climax,” when you can feel the boundaries between you and them dissolve. There’s no sly wink here, no acknowledgment that you’re buying into your own bullshit. It’s simply the most sincere and most powerful form of self-delusion.

Excited for Disney+? Here’s one subscription package you shouldn’t miss

Maybe this is why people would rather not read up on history and study facts—that’s too much reading, too much rational causality, too much thinking. “TL; DR (too long; didn’t read).” Emotional responses by way of memes are easier and more personal, ergo better. Maybe it’s why we have become susceptible to messianic promises from the Kool-Aid mixers, never mind if they’re merely capitalizing on our fears and misery and could very well end up creating more damage than solutions. “Change is coming,” they portended. Okay, but what kind of change? And how? It’s okay, don’t try to answer. Don’t even think about it, else the magic spell gets broken.