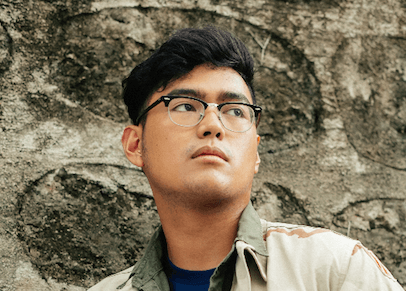 Next in line: Keiko Necesario Known for: His portraits of the country’s movers and shakers including former President Benigno Aquino III

Growing up… “I liked to draw; I was super obsessed with crayons. I wanted to do something where I could express myself visually.”

As a photographer, I learned that… “I have to be a people person. I was such an introvert. It’s very obvious, but I didn’t realize before that whenever I’m taking people’s portraits, I also have to talk to them, and I was so bad at that. I didn’t learn [how] until this year, when I got the hang of it. I wasn’t expecting it to be so hard. I’m thankful to my friends in the industry who taught me how to connect with my subjects.”

My first photography love is… “Joseph Pascual. When I was in high school, his and [filmmaker] Sam Lee’s batch interned for a film that was shot in my school; that was how I knew of them. In college, I would hear his name more because of the work he’d do for publications. His portraits are so striking, so emotional, calculated but still balanced — both intellectually and emotionally intelligent. They blow me away.”

My first gigs were… “Debuts. It was my late friend Miko Ancheta who gave me my first photography gigs and helped me when I decided to take photography seriously.”

My most embarrassing work moment was… “When I accidentally deleted all files from one shoot. I really thought I had transferred files before formatting my camera’s memory card. I had to tell the editor of the magazine and apologize. We ended up reshooting the whole thing and it turned out definitely better. I knew what to do already, and  the subject and I already had a connection.”