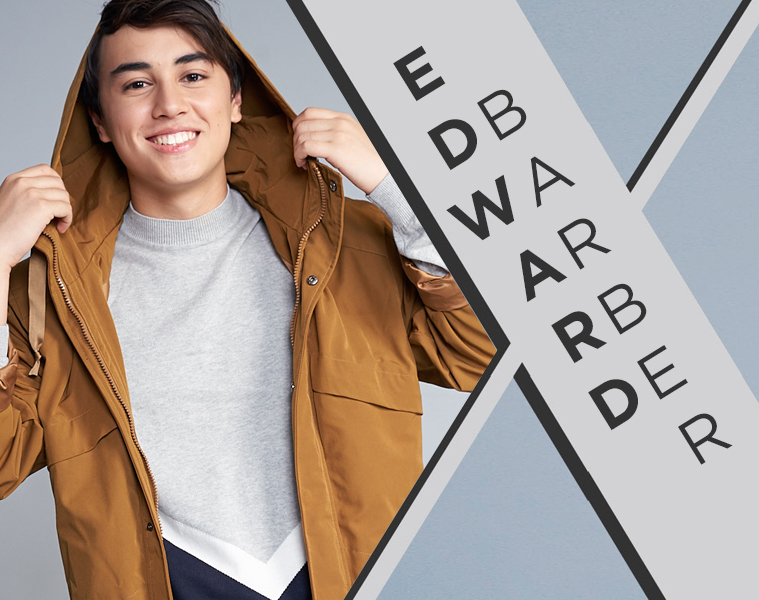 Edward Barber used to not care if he went to school wearing only his undies; good thing he had his mom dress him up every day. Now that he’s a celebrity, though, he’s seeing more and more the importance of developing his personal style—and he’s even having fun with it. “Part of the process is knowing who I am,” Barber reflects. “Because whenever you’re simply trying to copy someone else, it’s hard to become confident, knowing that you’ll never be like that other person.”

There are certain guys whose wardrobe he’d like to borrow stuff from, though: “When it comes to casual wear, I’d like to raid Enrique Gil’s closet and have access to his hoodies and hats. But for that old school, ‘50s look, I’d like to borrow Daniel Padilla’s denim jackets, then wear my hair slicked back.”

At the end of the day, Barber knows his lane and sticks to it. “When I’m more dressed up, it’s because I was styled by someone else,” he admits. “But when I dress myself up, I like keeping it casual with streetwear stuff. I like keeping it simple instead of being flashy and calling attention to myself.”

“Personal style is something only you could develop. Even if your parents insist on telling you what to wear until you’re 25 or something, you’d still find yourself going through the process of discovering your style. You’d still develop it, because it’s something that’s quite important. You can get a sense of who a person is based on what they wear—it doesn’t mean you’re judging them by their appearances but you get an idea of what their personality or character is. That’s why style is important, especially for people like me who work in show business. We have to look good even on times when we don’t feel like dressing up.”

LOOK: Here’s where you can find Lacoste underwear-dedicated stores

The night that was: Garage Magazine’s 10th Anniversary Ball