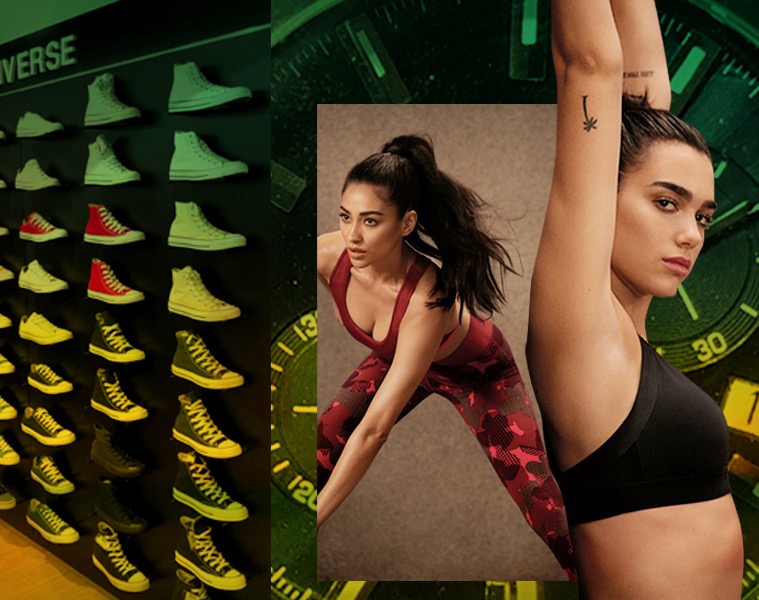 SPORTS MEETS FASHION IN THIS ALL-NEW SPORTS CENTRAL
OCTOBER 22 | Makati City
Sports Central’s 23rd branch recently opened in SM Makati, and it is by far one of the biggest stores to carry the biggest brands in athletic footwear, sports apparel, and accessories. Sports Central’s all-new Makati branch boasts more than 1000 sq. m. of merchandise and active spaces for both the athletic and the aspiring-to-be-athletic, and here, they can find an extensive spread of collections from brands such as Nike, Adidas, New Balance, Asics, Asics Tiger, Under Armour, Fila, Skechers, Converse, Merrell, and Keds. Since 2002, Sports Central has been a one-stop-shopping destination for active sportswear and lifestyle enthusiasts.

The newly opened Sports Central is located at the second floor of SM Makati.

ADIDAS RELEASED A LIMITED-EDITION STATEMENT COLLECTION
OCTOBER 24
adidas has introduced a capsule fitness collection designed to support women though every workout. The adidas Statement Collection offers stand-out looks that have been curated for women who want to take a different approach to training and who demand performance wear to be as versatile as they are.

The collection is built around three sports bras: “All Me,” which offers support for smaller cup sizes and comes with different strap styles and removable padding; “Don’t Rest,” which has mid-level compression and anti-bounce support for bra cup sizes A to C; and “Stronger For It” that has a high-level support system for larger cup sizes and a built-in shape to limit bouncing during workouts. It also has adjustable and convertible straps for customized styling.

The Statement Collection is now available at the adidas website and will be in adidas stores starting on November 1.

TAG HEUER CONCEPT STORE OPENED IN TRINOMA
OCTOBER 25 | Quezon City
Tag Heuer gave an exclusive sneak peek to its newest concept store in TriNoma late last week, and the opening ceremonies were attended by some of the Philippine Basketball Association’s (PBA) biggest stars: Asi Taulava, June Mar Fajardo, Scottie Thompson, Chris Newsome, Jio Jalalon, and Sean Anthony. The Swiss brand, which has been the official timekeeper of PBA, also revealed their very first campaign that features local ambassadors. #DontCrackUnderPressure has PBA players sharing their struggles and success with the sport, and the campaign has been released in time with the renewal of the partnership contract between Tag Heuer and PBA.

Tag Heuer’s newest concept store is located at Spaces 2124C and 2124D at the TriNoma Mall.

Adiclub: Here’s everything you need to know about Adidas’ new membership program