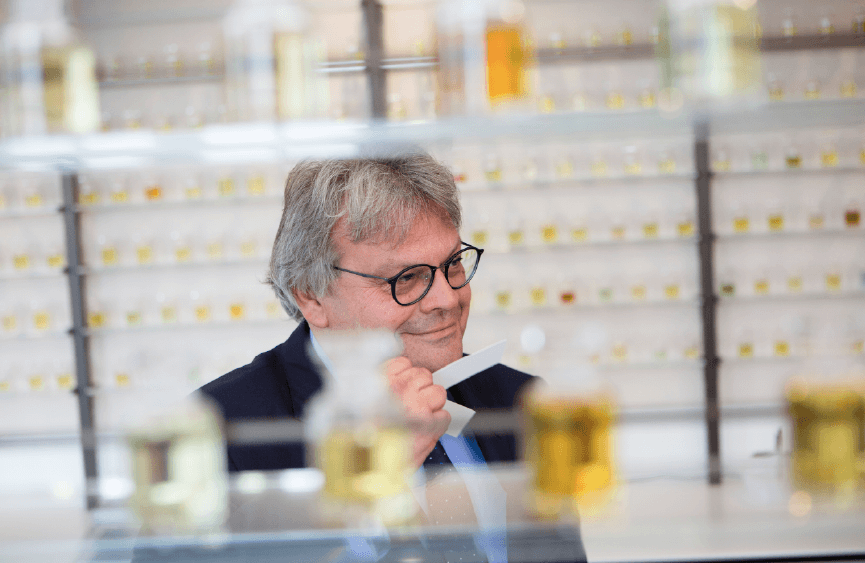 Looking to spruce up your digs? Here are the two rising design themes for the year “Perfume today has lost its soul. It is far too mass and too marketed, lacking in personality.”
That was Michael Burke, chairman and chief executive of Louis Vuitton, talking last month about why, after a 70-year hiatus, the French luxury house has been quietly plotting a high-profile return to the global fine fragrance market.
“We see a big growth opportunity in offering artisanal fragrance that harks back to the ways they used to be conceived of and purchased,” he said. “But that means doing things the right way, and the right way takes time.”
It also takes, apparently, a new home base in Grasse, France. The picturesque town — nestled amid fields of roses, lavender, jasmine and tuberose in the sun-soaked hills above the French Riviera — is the perfume capital of the world.
That’s where, in 2013, Vuitton bought Les Fontaines Parfumées, a terra-cotta-hued, 17th-century perfumery surrounded by lush lawns, fountains and more than 350 species of flowers and plants.
The estate had spent much of the 20th century in a state of disrepair, having opened its doors as a perfumery in 1640. Vuitton renovated it and installed a state-of-the-art laboratory on its top floor, with Jacques Cavallier Belletrud, a third-generation Grasse-born perfumer and industry supremo, at its helm.
There, Cavallier Belletrud, 54, was given free rein: “no brief, no budget,” he told reporters assembled in New York in July.
What scents have blossomed from these hefty investments remain highly confidential. The expectation is that there will be seven new perfumes, infused with notes including leather, tuberose and other florals, housed in crystal bottles designed by Marc Newson and unveiled this September in Vuitton’s 473 boutiques worldwide.
“We cannot share exactly what will be inside these bottles with more than a handful of people before they arrive in the stores,” said the otherwise jovial Cavallier Belletrud, who is famed for past fragrance creations like L’Eau d’Issey by Issey Miyake, Midnight Poison by Christian Dior and Stella by Stella McCartney. “At the highest end of the market, perfume is a world based on secrets.”
“The best noses in the world are based in these hills, but there are deep, deep rivalries in Grasse, as well as in the wider sector,” he said in the perfumery in Grasse, framed by sun-soaked droplets of color from a newly restored art deco stained-glass window. “What we are doing here is not just chemistry. It is alchemy. We keep our cards close to our chest.”
He held a bottle of jasmine extract in his hand. With a value of over $130,000 for a 35-ounce bottle, he said, the content is several times more expensive than gold. That said, some friendly faces linger. Across the hall from Cavallier Bellutrud’s office is one occupied by François Demachy, the perfumer for Parfums Christian Dior, which is (not coincidentally) also owned by the parent company of Louis Vuitton, LVMH. Dior has similarly raised the ante this year when it comes to strengthening its position in the fragrance market.
In the spring it unveiled its own blockbuster Grasse renovation project. About 12 miles from the town center lies Château de La Colle Noire, a gorgeous Provençal house and gardens bought by Christian Dior in 1951, which later became the countryside retreat where he spent his twilight years before his death in 1957.
The house of Dior bought the estate in 2013 and set about painstakingly refurbishing all of the rooms, including Dior’s office and the entrance hall, as well as reimagining 21st-century additions, such as the Chagall, Bernard, Picasso and Dali bedroom suites, treats for the lucky few brand ambassadors, LVMH executives and members of the press invited to stay overnight.
The château it is not open to the public, but those curious to get a sense of the place can pick up a new fragrance inspired by the property, also called La Colle Noire and with notes of Grasse’s local rose de mai, now on sale at $210 a bottle.
Frederic Bourdelier, the heritage director at Dior Parfums, said, “This project was essential for the house of Dior because we realized how important it was that we understood and captured the taste of Dior the man and the mark he wanted to make on the world for generations to come.” Bourdelier was speaking days after a party at the château in celebration of the house, attended by Bella Hadid and Charlize Theron, among others.
“This place, which he loved so dearly and which proved so influential to him both personally and professionally, is part of our past, present and now our future,” Bourdelier said.
The re-establishment of these fragrant roots in Grasse by two behemoth brands at a time when a potent cocktail of geopolitical unrest, exchange-rate volatility and economic uncertainty have weighed on many parts of the luxury market is not surprising. Global sales of premium perfumes are expected to hit $29 billion this year and are set to grow 3 to 4 percent annually through 2020, according to the research group Euromonitor International.
But beyond bolstering its product arsenal, Louis Vuitton also stresses that for the company, perfume is the final piece of the puzzle.
“Over the last 20 years, we have extended our reach everywhere from shoes to accessories to jewelry and beyond,” said Burke, the Vuitton chairman and chief executive. “And fragrance — a fundamental aspect of dressing, and telling the world who you are every day — was our last major frontier. It is of no real surprise we decided to go into this in a big way.”
“Don’t forget that when it comes to scent, we are in the business of carefully conjuring up, then encapsulating, characters, dreams, memories and emotions,” he said. “And there are few things more powerful than that. If we get the right formula, we will get the lasting relationship because our wearer will keep coming back for her refill.”

Looking to spruce up your digs? Here are the two rising design themes for the year

Here’s why an intensively clarified scalp is a grooming must