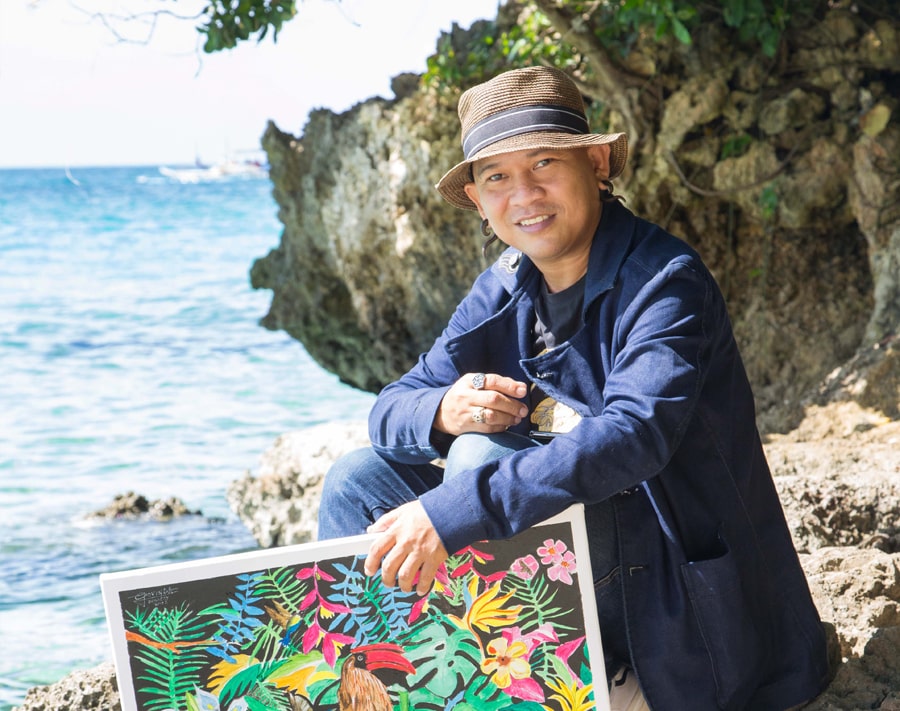 Here’s your chance to get mentored by the celebrated artist

Spending some serene time in Boracay? Why not further the pleasure and get art lessons from one of the most sought-after artists in the Philippines? This month, Crimson Boracay appoints Je An Marquesto as the new artist in residence at the resort.

Je An’s craft has been known locally and overseas, making him one of the most sought-after visuals artists in the industry. He has also received numerous awards and recognitions including a spot in Art+ Magazine’s Top Ten Picks for Manila Art back in 2017, as well as two awards from Art Revolution Taipei in 2019.

His body of work also appears in numerous locations throughout the Philippines including pieces at the Raffles Hotel, Dean and Deluca Cafe in Makati, and the Dusit Thani in Davao.

For Crimson Boracay, Je An will play a bigger part as the resort’s new creative while pioneering artist-in-residence Eric Egualada takes a bow. The newly-appointed artist will be taking on the art classes offered to guests staying at the resort as well as locals who want to hone their artistic skills. Aside from classes in watercolor and acrylic painting, the artist will also teach students to do thread art and mixed-media discipline involving  nails and colorful threads to create works of art.

Je An will also be a regular participant at Crimson’s signature Art on a Plate at the Mosaic Latin American Grill through November to December 2022.