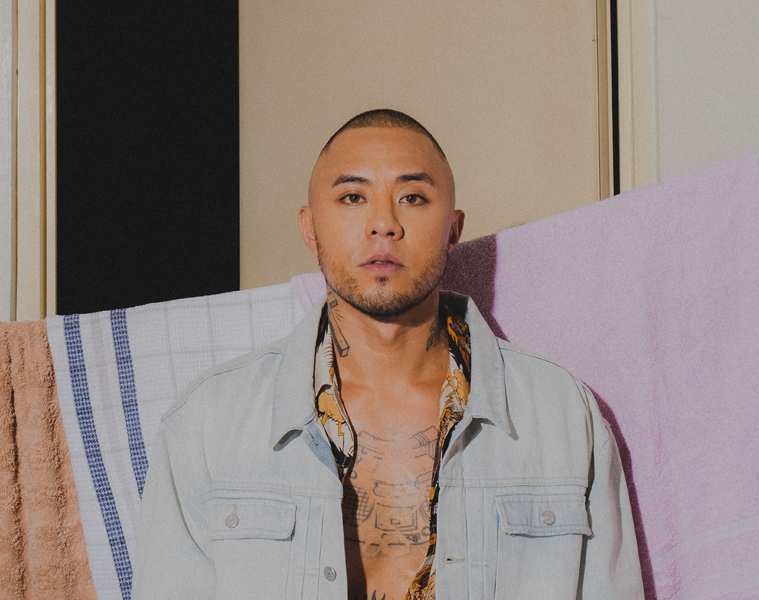 “No one understands me” might be a sentence familiar to many young people finding themselves in the world. In today’s world, the urgency of the idea might be muted by the pandemic we are saving ourselves from. Still, people will likely have their breakthroughs–maybe as intense as being edgy while one risks being on the edge.

The hiphop artist february bank‘s newest single takes the familiar sentence and spins it like a top. “No One Understands Me” is built on a drone on which february bank improvises with his vocal prowess, creating different voices that slide through words that gain power through association and accretion. You might feel the need to groove to the beat, recognizing in the blood the force with which february bank weaves his story.

If you expect stories to come from narratives, it’s not the one you’ll find in “No One Understands Me.” It is a melting pot of experience–inclusive of being Filipino and growing up in the United States, and then creating a life elsewhere where comfort zones are not to be had. The story is mostly in the feeling which one picks up from the words, which conjure images in relation to racial tensions, colonial tensions, and how one who finds himself in the cracks makes a life out of it.

february bank does not emerge from the tight spots unscathed. The music is powerful and driving, but the visuals tell another angle of the story. Directed by REIKA 絢 (@ayareika) and shot by Vince Greg (@vince.greg), the music is full of busy transitions and shaky camera shots. And in all, one finds february bank in a variety of actions and possibly reactions to a life he had chosen–both the confident swagger and the frantic run. Could this possibly be a search for something that’s probably more stable?

It seems that coming up with a powerful creative statement might say that the challenge that february bank had taken on for himself, building a life away from family, in the land of his roots which is not exactly his, might be a good and fun way to make sense of it all. In february bank’s own words, “wild and free.”

It might not be clear in the listening right away, but there might be a philosophical outlook behind all the jumbled motions. february bank, the former philosophy major, might be proposing that life is sliding from one scene from the next, and the sense of it is all in the survival and how one throws glints in the process. He is able to transform this insight into a vibe embodied in both music and video. “No One Understands Me” might give us a different, fresh view of the workings of art.

At a time when most of us find ourselves home and looking for excitement usually associated with going out, it’s possible that listening to “No One Understands Me,” produced by Duaneinsane (@duaneinsane) from The Mango Room (@mangoroomstudios) might provide a strange and satisfying outlet. It might also be a signal for us that the work of february bank, a making sense while coping with life– being edgy while almost falling over the edge–is a very valid way to go.

Tags
february bank No One Understands Me