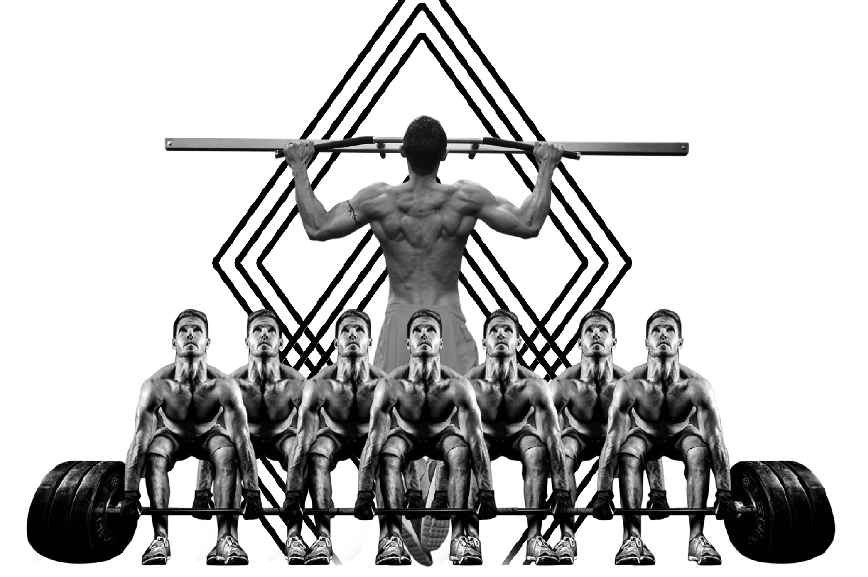 From just one lone gym four years ago, CrossFit in the Philippines has since exploded to over a dozen boxes—CrossFit lingo for its facilities—across Manila, Cebu, Davao, and Bacolod. And despite membership costs rivaling those of full-service gyms, more and more people are signing-up. But what is CrossFit, exactly?

The official definition by CrossFit HQ is exercise programming that’s “constantly varied, high-intensity, and functional.” Started in 2000 by Greg Glassman, his system is “specifically designed to elicit as broad [an] adaptational response as possible…optimizing physical competence in cardiovascular endurance, strength, flexibility, power, speed, agility…” the list goes on. They claim, basically, to develop “the fittest people on earth.”
Boxes are sparse spaces, often just rooms filled with various weight plates, barbells, kettlebells, jump ropes, and pull-up stations. Some will have rowing machines. Others will have truck tires. If you’re used to a conventional gym, prepare to miss the coffee and tea stations, floor-to-ceiling mirrors, and treadmills. Ask for air-conditioning, and you risk the feel of cold stares and cool smiles. CrossFit exudes an “Are you tough enough?” edge; its proponents thrive on a mindset that says “I can take it, GIMME MOARRR!”

Working out, by the numbers
Sessions typically start with member introductions and a whiteboard explanation of the movements, followed by stretching and a lighter warm-up set, before launching into the main workout. The Workout Of the Day or WOD forms the core of every box visit. It is a set of movements done either “as-many-reps/rounds-as-possible (AMRAP),” or “every-minute-on-the-minute (EMOM).” That said, CrossFit is all about the numbers. With class sizes ranging from five to 30 members, everyone tracks their own sets and reps. The very visible glare of a timer acts like a shot clock, counting down the seconds before you switch from doing push-ups to cranking out air squats, to launching into box jumps. All the while, coaches move around, motivating people as well as watching for errant motions and any signs of dehydration or fatigue. By the end of 60 minutes, at a heart rate of 180 BPM and a calorie deficit of about 400, you might be thinking, “Where do I sign-up?!”

A cult culture
For a workout regimen portrayed by ripped, burly men and similarly shredded women, the community is very inclusive. First-timers are welcomed or “on-boarded” warmly. Terms are explained and methodologies are elaborated before every class such as “functional fitness”—workouts designed for the generalist’s physique, which means you are good at everything, not particularly great at anything.

For weight loss, strength gain, and improving endurance, CrossFit is effective. Especially in untrained individuals, any intense, brief activity stimulates adaptation. CrossFit programming—and its easier-to-get-into “Bootcamp” counterpart—is short (no more than an hour long), intense (you will sweat), and varied (workouts involve the same movements, but in different combinations daily). The maximum amount of oxygen our bodies can use increases and neural signaling calibrates muscles to become more efficient at utilizing energy stores (read: fat loss). Signing up at a box can guilt one into eating healthier as well as working out more often.

Local boxes are also becoming more mainstream. Some offer yoga. A few have barbell classes. Others entice with rowing courses. There’s CrossFit for kids, CrossFit for pregnant women, even CrossFit for dogs (I kid on the last one). Further, the relationships CrossFit fosters can be as strong as its members. Going through tough times forges bonds between people, and CrossFit excels at this. You literally go through a painful workout together. Combined with a specific language, rites, and clothing (Nike and Reebok have CF-specific merchandise), it’s not hard to see why the CrossFit movement is labeled a cult. And like all cults, they will have detractors.

The price of fitness
The movement’s naysayers focus on two issues: its business model and its training methodology.
CrossFit level-1 trainers are certified in two days and after answering a 50-point, multiple-choice exam. That’s it. No college degree required, no diploma in sports management or biomechanics needed, just a paid test fee and time. This means the variation of skills across the CrossFit coaching scene is vast. Thus, getting to know your trainers, researching resumés, and consulting friends are advisable. Most boxes also have trial workouts, and an assessment of how you feel post-workout should be the norm. Deciding to back out two weeks into a six-month lock-in you’ve already paid for is costly.

Combined with coaching quality issues, critics also cite the CrossFit mindset as a reason for its higher-than-average rates of injury. Articles from industry experts published in The Huffington Post and T-nation.com portray a culture that rewards pushing one’s self past limits, at the same time cautioning participants not to let ego get in the way. When form is sacrificed for performance, things go awry. During intense workouts, muscles develop microtears, but given enough rest and adequate nutrients, bodies heal and become stronger. When the breakdown is too intense, though, macrotears form; muscles release content into the blood, thus overloading and potentially damaging the kidneys. This condition is called rhabdomyolysis, and CrossFit HQ officially recognizes it. Other negative effects of too much intense exercise include joint strain, overuse injuries, and overtraining, the latter hampering performance and weight loss goals.

The shape of things to come
If you’re after visible abdominals, weight loss, and strength gain, a balanced diet, enough rest, and any brief but intense exercise regimen like CrossFit or Bootcamp will do the trick.

If you’re an athlete with a specific performance goal in mind, a more targeted program with professional coaches is best. In this case, CrossFit can be a good compliment. But if your goal is to join a specific type of community that crosses intense exercise with fanatic zeal and a cultish image, then by all means, dive right in.

Looking good is now a habit for Sam Ajdani