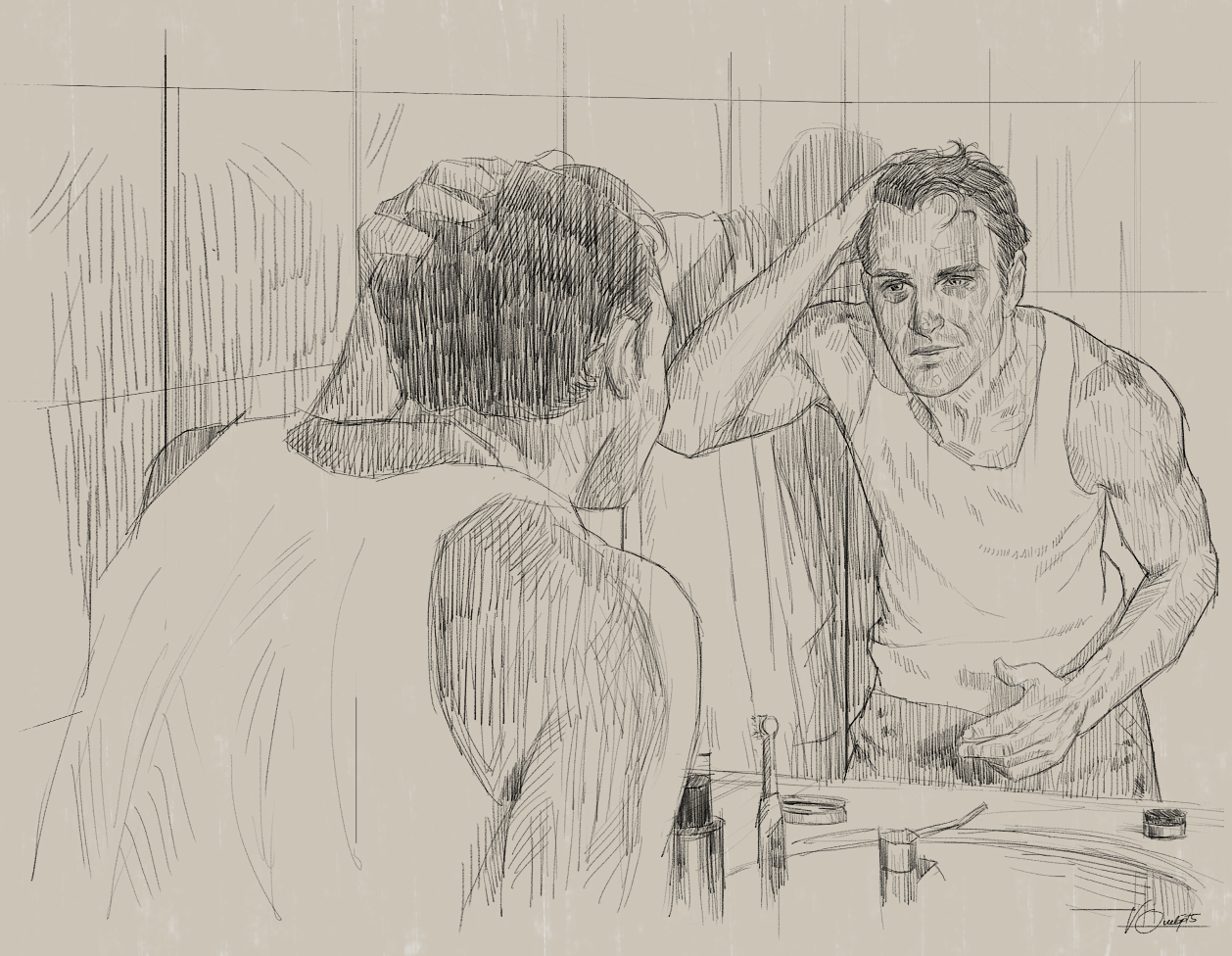 What’s between the short back ‘n’ sides and a full head of highlights? That would be fades with comb-overs, styled in modern variations of executive cuts and the 1940s college contour. In the west, those who can grow one even sport it with a beards to go with their lumberjack virility. In our neck of the woods,  the comeback of this spiffy ’do is all thanks to the resurgent old-school cool barbershop movement, which has also been a key factor in encouraging men to take care of themselves.

Even the typical wash-and-wear guy now deems hair product as a necessity, not a frivolity. It is that retro-dapper look that taught men the value of keeping their nails trimmed and clean and of getting rid of their unibrows, which just wouldn’t go with the hair.  For the first time since the ‘60s, it was manly for men to preen.

Alas, not every man has sufficient self-control, and it can be easy to go overboard with grooming practices.

It’s about keeping up an illusion. Good grooming on a man should function like invisible mending and not like elaborate embroidery. The goal is to look great, but not to make people wonder why or how. There are men who have mastered this art: Tom Ford, David Beckham, Nick Wooster, who is treading the line.

Here’s a quick guide to finding that middle ground. It isn’t the artifice or the look of having tried that’s off-putting as it is the distraction it causes. If you’ve over-primped, the obvious care and attention you lavish on yourself are all that anyone sees, so when cleaning yourself up, subtlety is your friend.

The great manscape
Many a smart, well-meaning gent has been blighted by rogue eyebrows at client presentations and dates. Keeping errant eyebrows in check by trimming and judicious shaping of unruly brows and unibrows can really flatter the face. Brow resurrection, where individual strands of eyebrow hair are semi-permanently tattooed on in natural-looking, 3D gradients, can help those who could use some definition or youthfulness.

If, however, you are DIY-ing it and end up with brows thinner than you intended, here’s what you did wrong: you used a magnifying mirror or put your face too close to the mirror. It takes but a slip of the tweezers, and nowhere is over-preening more obvious than on the eyebrows.

The same rule of thumb goes for body hair. Manscape selectively: back and shoulders, remove. Arms and legs, unless you are a professional swimmer, keep. Chest, it’s a personal choice, but have it waxed or trimmed only. Never clip the hairs too short that they stand, and never ever shave.

Don’t forget your nails
Your nails reveal more about your grooming habits than a good haircut could. Getting it done by a professional is a nice indulgence, but be wary of overbuffing. Fingernails that are pink and gleaming with every gesticulation are not only distracting, they are also very brittle.

Trim your nails regularly, yes, but simply trimming them leaves them cut at square or triangular angles. A high-quality, stainless steel nail file can round the edges of the nail and let it grow in a smooth, natural arc. This is also a healthier nail shape, as rounded nails are less likely to grow under the skin at the corners, which could lead to the painful and infection-prone ingrown nails.

Here’s an important tip that even professionals sometimes miss: only drag the file in one direction across the nail. Work either from left to right or right to left, but don’t saw the file back and forth. That splinters the nail rather than smoothing it, which can lead to cracks that spread down the surface of the nail.

The art of restraint
When it comes to good grooming, getting it “just right” is the goal. But what does that exactly mean?

It’s about having a great smile, but not one so blindingly white it glows—when it isn’t even dark. Tip: skip any whitening treatment that decalcifies the teeth.

It’s also about just a hint of color and not a full fake tan, when you just want to look healthy instead of sallow and pasty. In the unfortunate event you do end up with a bad fake tan, no other remedy works as well as the combination of baby oil and glove scrubs.

Finally, it’s about smelling good to those close enough. To measure, a scent that spreads further than an arm’s length from your body is heralding your arrival to everybody else in the room. Keep your scent light and aquatic or citrus-based for work. No musks or ouds, as you want to come across as professional. Also, know where to skip the scent: when you’re at the swimming pool, the beach, or in an airplane.