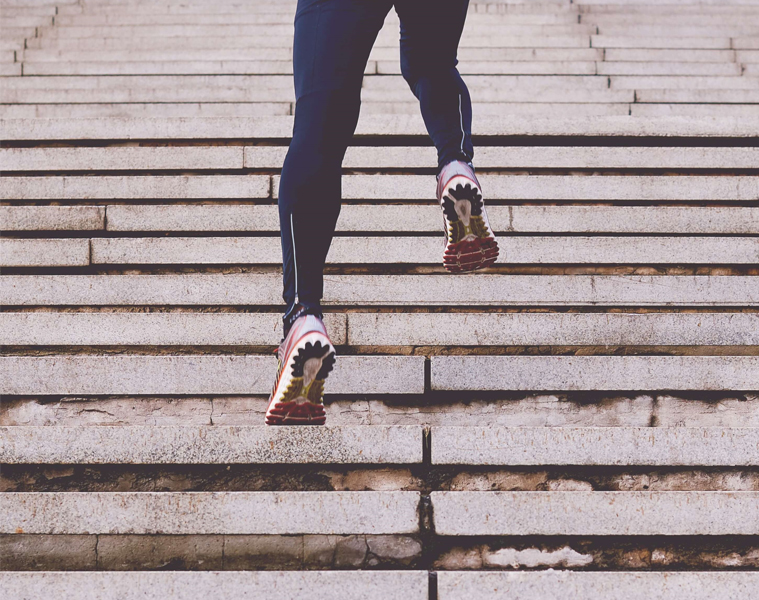 Most of us don’t think much of it, but choosing to take the stairs to go up and down a couple of flights goes a long way in fostering a more active lifestyle. In fact, there is a sport based on this energy-saving and fat-burning practice.

Though not a new phenomenon, vertical running has been building up steam worldwide for the past few years. It has been growing in the Philippines too, with Citi Vertical Run, organized by Kerry Sports Manila, to be held at the Shangri-La Hotel at the Fort on September 22; it is part of an annual Asian circuit that holds its final race in Hong Kong. And while it is not yet a recognized category under the International Association of Athletics Federations, vertical running is considered by the International Skyrunning Federation as an extreme sport.

But as scary as “extreme sports” sounds, vertical running is actually kinder on the joints than flat racing. Kerry Sports Manila director of recreation Michael Montes explains, “It is difficult because you’re fighting against gravity, but there is less impact on your knees when you’re running up a flight of stairs compared to when you’re running forward on a flat surface.” This is because vertical running keeps a runner mindful about lifting their knees high enough for them to land safely and squarely on the next elevated step and thus avoid landing with most of their weight on one leg, which is what often causes knee problems among flat runners. “Because it is often done indoors, vertical running is also temperature-controlled, and unlike in trail running, there is less chance of tripping on an uneven surface,” Montes adds. “In fact, in the past three Vertical Runs we’ve had, thankfully, we haven’t had any injuries occur during the race, no one suffering from heatstroke.”

Of course, as with any sport and physical activity, it helps any newbie to be prepared before they hit the stairs running, as even seasoned runners need to apply a different approach to vertical racing. Andrico Mahilum, currently the Filipino record-holder for the fastest vertical run, has been running marathons for years, but his first vertical race, which was the Vertical Run 2017, showed to him the areas that needed work for him to improve his time. “I trained for only a month for that,” he admits. While his time was impressive, especially for a first-time vertical runner (a little over nine minutes to run up 59 floors), Mahilum knew he could do better. The following year, he started training three months before the race and tailored his regimen to add routines that would strengthen his legs, particularly his quads and hamstrings. “I did squats, I jumped up on boxes, I did strength-training,” he shares. He also worked on his core and arm strength so that he could stay upright and grip hand rails better while racing.

“A lot of times, long-distance runners think that vertical running won’t be much of a challenge,” Montes says. “But this is very different from running a marathon.” For one, a vertical race wouldn’t take hours to finish; according to Montes, a vertical runner can take on 60 floors within about 15 minutes, which no average person can do. “That makes the training mode quite different. In fact, compared to long-distance runners, rowers and cyclists—basically, athletes who are used to sustaining a spiked heart rate for longer periods—do much better at vertical races.” He recommends training with a Stairmaster or a Jacob’s ladder instead of a treadmill to build leg power. “Also, instead of running more, you run as if you’re sprinting.”

Mahilum himself would run up and down the steps at Ultra during his three-month prep for last years’ Vertical Run. But aside from running on an incline and doing strength-training, he added swimming into the mix. “It was just to keep my muscles active without getting fatigued from doing the same thing over and over again,” he explains, “Overtraining can set you back too.”

Even as he built up leg strength, the elite runner was mindful about staying light on his feet, and so he adjusted his diet accordingly. The biggest sacrifice, according to him, was switching from white rice to sweet potatoes. “You know how we Filipinos love rice, so that was really difficult,” Mahilum admits with a laugh. “But the body needs fuel that can sustain it longer without weighing it down, so eating complex carbohydrates is important.”

The changes he had applied proved to be effective, because in his second Vertical Run, he tackled the same 59 floors but cut his original time by one minute, clocking in at 7 minutes and 57 seconds; he was behind by only about a minute to the winner, Polish racer Piotr Lobodzinski, who clocked in at six minutes and 56 seconds. Mahilum then joined the final race in Hong Kong, where he ran up 82 floors within around 14 minutes.

For the 2019 circuit, he is focused on cutting down his time further. “I joined my first vertical race just as a challenge to myself, to see if I could do it,” he shares. “It’s not easy, but when you reach the top floor, you can look down and really see how far you’ve come. It’s an achievement that feels great.”

Anyone can get into vertical running, with necessary preparations, of course. Aside from checking in first with your doctor, proper gear is needed: Montes advises using cross-trainers instead of the typical running shoes, because the latter are designed for running forward only. “Since you’ll be turning corners after running up one floor, shoes that offer more lateral support would be better.“ Stretching before and after running is also important. “And that shouldn’t be limited to just the legs. From your neck down, you should stretch your muscles to prevent cramping and even injury.” Carbo-loading the night before a race must also be avoided.

As for the during actual run itself, Mahilum advises keeping yourself from bending forward to avoid tripping over the stairs. “Pace yourself so you don’t get too tired before reaching the last 10 floors. I also find that it’s better to take on two steps instead of one at a time, because you don’t expend too much energy to cover only a very short distance.” You can switch between running and walking up the stairs too.

Whether you take it on seriously as a sport or more leisurely as an exercise routine, vertical running is pretty uncomplicated to get into. Simply skip taking the elevator when going up a couple of floors, and you’ve basically taken your first jab at it.

The Citi Vertical Run is organized by Kerry Sports Manila and sponsored by Citi. Interested runners can register online at the Manila Vertical Run website until September 15. For inquiries, email [email protected]

LOOK: The new Y-3 Runner 4D IOW is as versatile as it can get

Track how exercise uplifts your mind through this scanner

ACT NOW: By running you can help end plastic waste