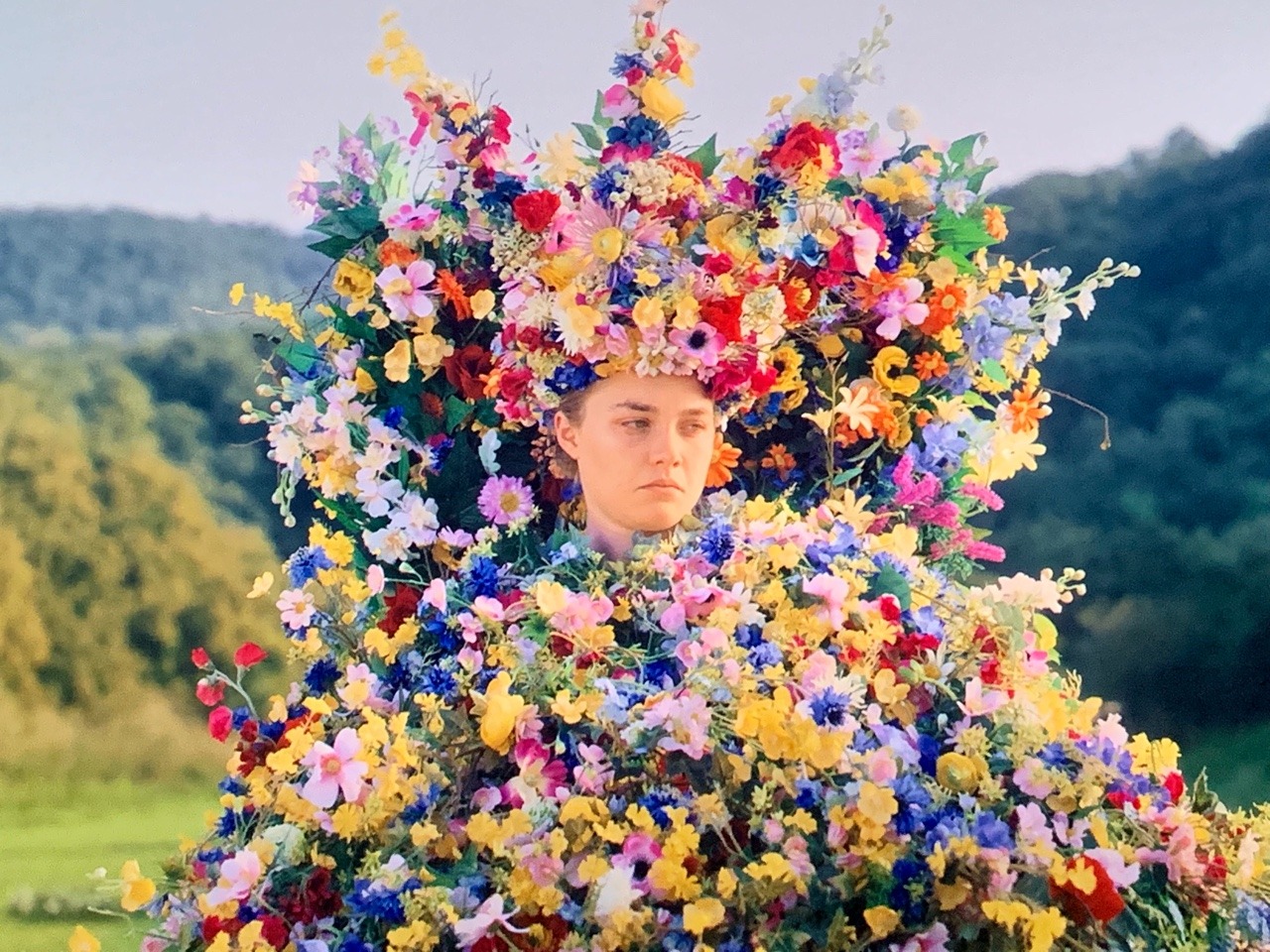 This app lets you try on the Gucci Ace sneakers, whether you have the budget for them or not

Fuckboy season respects no timetable, because lame dudes abound all year ’round. But with the new Sam Smith single hitting us right where we feel hurt and petty, then we might as well jump into the catharsis that Midsommar brings.

When the trailer for this new Ari Aster film dropped last summer, I had thought it would be in the same kind of quietly sinister but totally bonkers vein that his earlier movie Hereditary was. And Midsommar is, in an overarching way, especially with Aster acknowledging the thematic ties that bond both films. But while Midsommar did cause me to have a dream about volunteering to die during a spiritual gathering, it didn’t leave me feeling bogged down with shock, fear, and bleakness. Maybe it was all that sunshine-y Swedish brightness, in contrast to the grim and chilly woods of Hereditary, that caused me to feel only spooked but not outright scared, to smile once the end credits rolled instead of pulling something like this:

A caveat: There are a few spoilers below, thanks to the movie’s blink-and-you’ll-miss-it run in local theaters.

People might describe Midsommar in a few varied ways, but for me, the core of the movie is about a woman coming to grips with the fact that she has been putting up with and keeping in a lot of shit, and finally finding an outlet for all of her grief and anger.

Dani has just lost her whole family: In one night, her mentally troubled sister had killed their parents before dying by suicide. But Christian, her boyfriend of three and a half years (or four, depending on whom you’re asking) is of little to no help, insensitive to her emotional fragility. In fact, he has been contemplating breaking up with her for about a year already, but instead of pulling up his big boy pants, he just keeps dragging his feet and being his emotionally distant self. Perhaps Dani has been sensing this for a while, because even before tragedy had struck her, she was already anxious about becoming too much of an emotional burden to her boyfriend. Their relationship has basically been Red Flag City.

More red flags get raised when she finds out that Christian and his friends are going to Sweden to attend a midsummer tradition, and that he didn’t even bother to inform her. She tries to confront him about it, but their discussion falls into what looks like a pattern of Christian disregarding what she has to say and Dani eventually apologizing for simply opening up about what she feels. Soon enough, they and three other friends, including the Swedish one, Pelle, who invited them in the first place, are on a plane to Sweden. To cope with having to swallow her emotions, Dani resorts to finding private spaces where she could have her guttural cries alone, like the airplane restroom. (Florence Pugh, who plays Dani, is really great at crying, by the way.)

While her boyfriend’s behavior has been a blind spot, Dani is sensitive to the people around her, quietly taking on what they project, and I think this trait ultimately helped her be a bit more aware of the strangeness lurking beneath the Instagram-pretty façade of the Harga commune.

This also ties in to another aspect of the film: The ugly behavior that ignorant tourists resort to. The Ugly American trope (but is it really a trope?) is on display at Midsommar, not just in the outright boorish behavior of one of Christian’s friends but also in their intrusive curiosity about the community. There are certainly some very strange traditions that the Harga observe, but the Americans’ style of getting more information definitely don’t make them any more endearing, either.

While her companions make themselves even bigger targets for the Harga’s nefarious plans for outsiders, Dani is beginning to realize how much she has put up with. Not only did Christian forget her birthday, which was on the day they arrived at the commune, he also was non-committal when Dani commented that he would leave her behind if given the opportunity. This remark came after two other visitors, a British couple, suddenly disappeared, with the Harga explaining that the guy had accepted a ride to the train station without telling his girlfriend first. And when Pelle asked her during a private moment if Christian had ever felt like “home” to her, Dani had her light bulb moment: She had been walking on eggshells around her dumb boyfriend, afraid to weigh him down with her needs and feelings, when all this time, he was her emotional albatross.

A lot of batshit stuff happens near the end of the film. One of the crazier ones is a member of the Harga, Maja, choosing Christian as the perfect man for her to mate with, and the Harga matriarch Siv approving of her decision. Christian, of course, being the fuckboy that he is, gives his lackluster, neither-here-nor-there consent. Dani herself was preoccupied with the preparations for the Maypole dance, to which she was invited by the Harga women. After being given something drugged to drink, she soon finds herself letting loose, twirling and laughing with the women, then ultimately finding herself as the last woman dancing. Dani wins as the May Queen.

But her happiness with the attention and regard given to her by the women was replaced with the anger and sadness of betrayal, when she discovers Christian in the middle of the mating ritual with Maja. Unlike all the other times when she would suffer alone, however, Dani has the women wailing with her, in solidarity with and validation of her deep grief.

Midsommar‘s last part is like a fantasy sequence for anyone who has dreamt of seeing someone who had betrayed them go up in flames, literally. It turns out that the Harga has a long-standing tradition of making nine human sacrifices every 90 years, the culmination of their midsummer ritual. So far, there are already eight: Two elder Hargas who have jumped to their deaths earlier in the movie (also a part of the ritual), two Harga volunteers, and the four outsiders, which are the British couple and Christian’s two friends. (Only the Harga volunteers are alive at this point.) For the ninth sacrifice, it is up to the May Queen to choose whom it would be: another Harga or Christian, who has since been drugged to paralysis after the mating ritual but could still see and hear what’s happening, and is now stuffed inside a disemboweled bear. Dani chooses the latter, and all nine sacrifices are placed inside a temple to be lit with fire. Though the volunteers were given a potion made from the Yew tree to free them from fear and pain, one of them screams as the flames begin to devour him. Outside, the Harga wail along with him, again in solidarity with his suffering, clutching at their faces and their bodies as if in pain. As for Dani, she also sobs in anguish. And then, when the temple finally collapses, she looks at the fire, a peaceful smile finally forming on her lips.

Aster has described his latest work as “more of a fairy tale than a horror film.” And indeed, despite the (few) gory scenes and the sinister undertones, Midsommar is a great movie to watch after a breakup. Anyone who has been the dumpee could relate to the protracted process of first sensing things to be no longer what they were, trying to hold on to what used to be, being more careful about keeping the peace, and then realizing that either they let go first before things become even more damaging or get dragged. And for all the creepiness of the Harga culture and how it leans into outright murder (which I don’t endorse, by the way), the emotional support they have shown Dani is priceless to anyone who has been through the wringer. This might not be the light-hearted movie to watch with your friends, with pints of ice cream on hand, but it can do the job of helping you get started on that necessary emotional catharsis. At the very least, it’s an enjoyable film to watch.