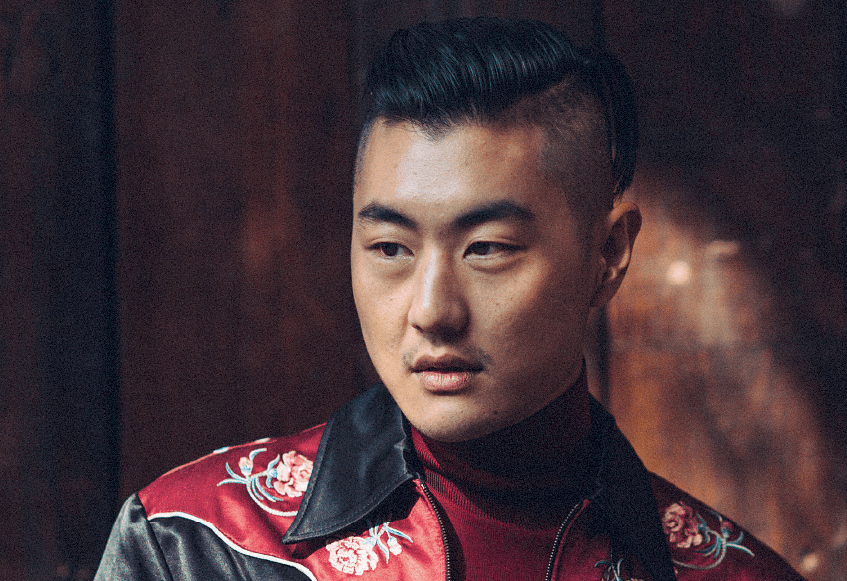 NEW YORK — David Yi had an early introduction to beauty regimens.
“Growing up in a Korean household, my mother would give us facials,” said Yi, the founder of Very Good Light, a website about men and grooming that goes online this week. “She’d put all these creams on me, and I dreaded it. But I started to realize it was indicative of how important it was to present yourself to the world.”
His parents, who moved to Colorado from Korea in 1983, were also vigilant about his daily application of sunscreen, he added with a laugh, threatening punishment if he skipped it.
Yi, 29, sat at a table at Dimes Deli in Chinatown, eating a gluten-free peanut butter cookie and drinking coconut water mixed with chlorophyll. He wore generously ripped black pants, a black T-shirt and a tattoo in script on his arm that read “elevate.”
After stints as a writer and editor for the New York Daily News, WWD and Mashable, Yi decided to lend his expertise to guys who didn’t grow up with an education in personal-care products. “Men are just supposed to figure it out,” he said. With Very Good Light, he hopes “to redefine masculinity and to redefine men’s beauty.”
The timing may be right.
“A lot of guys resort to asking questions on Reddit, because they don’t know where else to go,” said Emily Weiss, the founder and chief executive of Glossier, a site that, along with Man Repeller and Refinery29, served as inspiration for Very Good Light. “The younger generation of men are embracing beauty and skin care in a more open-minded and forward-thinking way.”
Chris Salgardo, the president of Kiehl’s and author of “Manmade: The Essential Skincare & Grooming Reference For Every Man,” said: “Now is absolutely a great time for a site fully dedicated to men’s grooming and skin care. Over the past year and a half, there’s been a growing conversation in our stores, and on my own social media, as men reach out with questions beyond basic skin care or shaving to learn more about anti-aging and ingredients.”
Yi envisions his startup capturing the spirit of skin care and grooming. “Big brands and media outlets are too afraid to push the envelope,” he said. “They are stuck in 2014 still talking about beard oil when no one has beards anymore.”
In one column on the site, influential men — Diesel creative director Nicola Formichetti, editors and sports stars — talk about their skin-care regimen. (LeBron James is Yi’s dream interview.) There are stories on how to properly cover a hickey, an introduction to BB creams, and something titled “You’re Actually Parting Your Hair All Wrong.”
There are also features that take a broader approach to personal care, culture and what it is to be a man.
Another eventuality is advertising. Right now, Very Good Light is a labor of love. “It’s not funded at all,” Yi said. “I have called in a lot of favors.”
The target market is Generation Z. “Sixteen to 26 is our sweet spot,” he said. “They are the first generation to be completely born on digital and the web. They’re savvy with social media and its risks.”
He considers this audience fearless and sexually fluid. His inspirations are rapper Young Thug and actor Jaden Smith. “They are so secure with themselves and their manhood that they will wear, quote-unquote, women’s blouses and skirts.” David Bowie “was very Very Good Light,” he added.
Yi spoke of his own struggle to come into his version of manhood. “My masculinity was so different from the Western ideal,” he said. “Pampering yourself was seen as so effeminate. That’s what girls did.”
Korean pop (or K-pop) stars helped. “Looking at them, they wore guyliner, they had smoky eyes, they wore foundation and BB creams,” he said. His love affair with K-pop was such that his parents let him stay with relatives in Seoul while he was in high school so that he could try his hand at pop stardom. After a few months, he was signed but realized he yearned for the life of an American teenager: getting a driver’s license and going to the prom.
Still, he has kept one foot in Korea, which is now known worldwide for its multistep skin care. “I do seven steps: cleanser, toner, a mist, a serum, an essence, a moisturizer and sunscreen,” Yi said. “If I’m meeting someone special, I’ll do a cushion or concealer, maybe a highlighter.”

Where to enjoy your favorite Pinoy street food, five-star style

Skincare resolutions and favorite products for 2023

WATCH: This heart-warming campaign is a must-see for the whole family