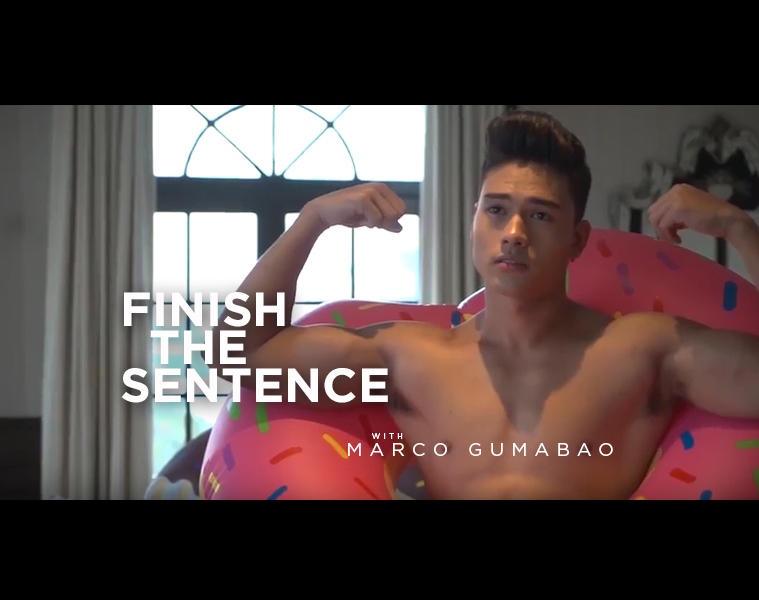 Our Body Issue cover guy Marco Gumabao has no qualms about showing off his face and physique, and why should he? While genetics played a part in giving him that jawline, those guns, pecs, and abs are a result of his discipline. “I want to be known as a fitness enthusiast, ‘yung mahilig mag-work out, mahilig maging healthy.”

He’s ready to do more daring things, though, that require him to stretch further than he has ever before. Gumabao is entering the acting scene with no less then four movies in production. “Ayoko nang makilala as Marco, the underwear model; I also want to be known as a person who can act,” the 23-year-old says.

Get to know the budding actor more as he plays “Finish the Sentence” with us:

Read more about Marco (and see more of him too) in Garage Magazine’s June/July 2018 Body Issue, now available on Buqo and wherever magazines are sold.

‘In The Soop’ BTS and Seventeen Pop-up is now open at SM Mall of Asia. Here’s an exclusive preview

IN PHOTOS: BTS pop-up store is back with new merch

LOOK: Takashi Murakami is working on a Tamagotchi-like game