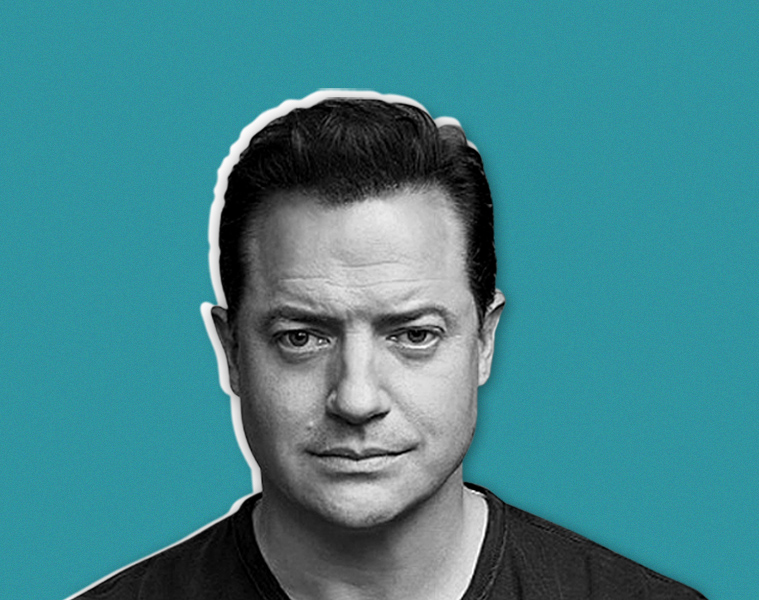 We tried a bee venom facial, and here’s what we think about it

In the past 10 years or so, whenever we come upon Brendan Fraser’s name on the internet, the first thing we’d think of is how a tall, buff, and good-looking star of so many ’90s blockbusters (George of the Jungle, The Mummy, Blast from the Past), an actor who had the necessary depth to do both action-comedy and drama, seemed to just disappear by the time the ’00s was rolling out. “Whatever happened to him?” would be the foremost question we’d think whenever Fraser made that rare public appearance.

GQ‘s Zach Baron had wondered the same, and in the March 2018 issue of the magazine, he found out the answer.

And it involves a lot of heavy stuff, from the intensely physical demands of the action-comedy roles Fraser was taking on (“I believe I probably was trying too hard, in a way that’s destructive,”) to personal ordeals. “I changed houses; I went through a divorce. Some kids were born…I was going through things that mold and shape you in ways that you’re not ready for until you go through them.” In 2016, while doing a press interview for the TV series The Affair, Fraser’s melancholic demeanor turned him into a meme; it turned out that his mother had passed away from cancer days before the interview.

Up to that point, it’s a realistic account of how time catches up even to the very best of us.

But what makes Fraser’s story heartbreaking is his revelation of his own #MeToo story. In 2003, Philip Berk, a former president of the Hollywood Foreign Press Association, had caught the actor on his way out of a hotel after a luncheon.

Baron wrote: “In the midst of a crowded room, Berk reached out to shake Fraser’s hand. Much of what happened next Berk recounted in his memoir and was also reported by Sharon Waxman in The New York Times: He pinched Fraser’s ass—in jest, according to Berk. But Fraser says what Berk did was more than a pinch: ‘His left hand reaches around, grabs my ass cheek, and one of his fingers touches me in the taint. And he starts moving it around.’ Fraser says that in this moment he was overcome with panic and fear.”

It’s an all-too familiar account of someone disrespecting and disregarding another person’s boundaries, and Fraser’s reaction is also distressingly familiar: “I felt ill. I felt like a little kid. I felt like there was a ball in my throat. I thought I was going to cry…I felt like someone had thrown invisible paint on me.”

Berk, of course, also all-too familiarly, gaslit Fraser’s account by calling it “a total fabrication,” even though he already admitted to pinching the actor’s butt in his own memoir.

When most people talk about sexual harassment and assault, the focus is generally on the act. Was it a brush of a hand? A pinch? Was it rape-rape (to quote Whoopi Goldberg)? This preoccupation with qualifying an act based on how invasive it is disregards the central issue at hand, which is the victim’s story. A pat and a pinch on the butt may not be offensive to someone, but that doesn’t apply to everybody, and so trying to make specific distinctions between one act and another is a moot point. Wouldn’t it be much easier simply for everyone to understand that we must keep our hands to ourselves until we have the other person’s consent to touch them?

Besides, the aftermath of sexual harassment and assault can be as damaging, sometimes even more damaging, than the original event. Because of the onus that is frequently put on victims to prove that they were indeed assaulted, that they didn’t incite or encourage the assault, it doesn’t even take other people gaslighting them for victims to question their stories and doubt what has been done to them.

Fraser, who had been on top of the world, an A-list, commercially successful, and critically lauded white actor, admitted to getting depressed after getting assaulted by Berk. “I was blaming myself and I was miserable—because I was saying, ‘This is nothing; this guy reached around and he copped a feel.’ That summer wore on—and I can’t remember what I went on to work on next.” It had already been a bad decade for the actor, but his encounter with Berk was, as he put it, “the final piece,” pushing him to become a recluse and disappear from the Hollywood scene.

Trauma has a way of turning someone against themselves in insidious manners; in Fraser’s case, he says his experience “messed with his sense of ‘who I was and what I was doing.’ Work, he says, ‘withered on the vine for me. In my mind, at least, something had been taken away from me.'”

When the allegations against Harvey Weinstein started to snowball late last year, with actresses Rose McGowan, Ashley Judd, Asia Argento, Mira Sorvino, and many more coming forward, the actor watched from the sidelines, admiring them for “[their] courage to say what I didn’t have the courage to say.”

With Fraser now also coming forward, his GQ feature underlines the necessity of the #MeToo movement and how empowering it is not just for women but for all victims of sexual harassment and assault across the board. It also drives home the point that the movement isn’t a “witch hunt,” as some old men and some French actresses claim; it’s an erroneous claim in the first place, because the most famous witch hunt, which happened in Salem, Massachusetts during the late 17th century and resulted to the execution of 20 people, was about the hysterical persecution of individuals, mostly women, who had dared to go against a sexist and theocratic status quo or simply didn’t fit in with it in the first place—a far, far cry from victims coming forward to shake up the patriarchal status quo simply by sharing their truth. And so far, the only “burning” that has happened to those who’ve been accused of sexually predatory behavior has been the burns they’ve been getting on social media.

Here’s how to upgrade your WFH space

Fraser admitted to still being afraid of getting further humiliated and his career getting even more damaged with his revelation. “Am I still frightened? Absolutely. Do I feel like I need to say something? Absolutely. Have I wanted to many, many times? Absolutely. Have I stopped myself? Absolutely.” We’re just glad he finally found some measure of peace and safety to be able to share his story with the world.

We tried a bee venom facial, and here’s what we think about it

On victim-blaming and gaslighting your victims, starring Neil deGrasse Tyson

The Playbook: Gents, here are the new rules in the era of #MeToo and #TimesUp